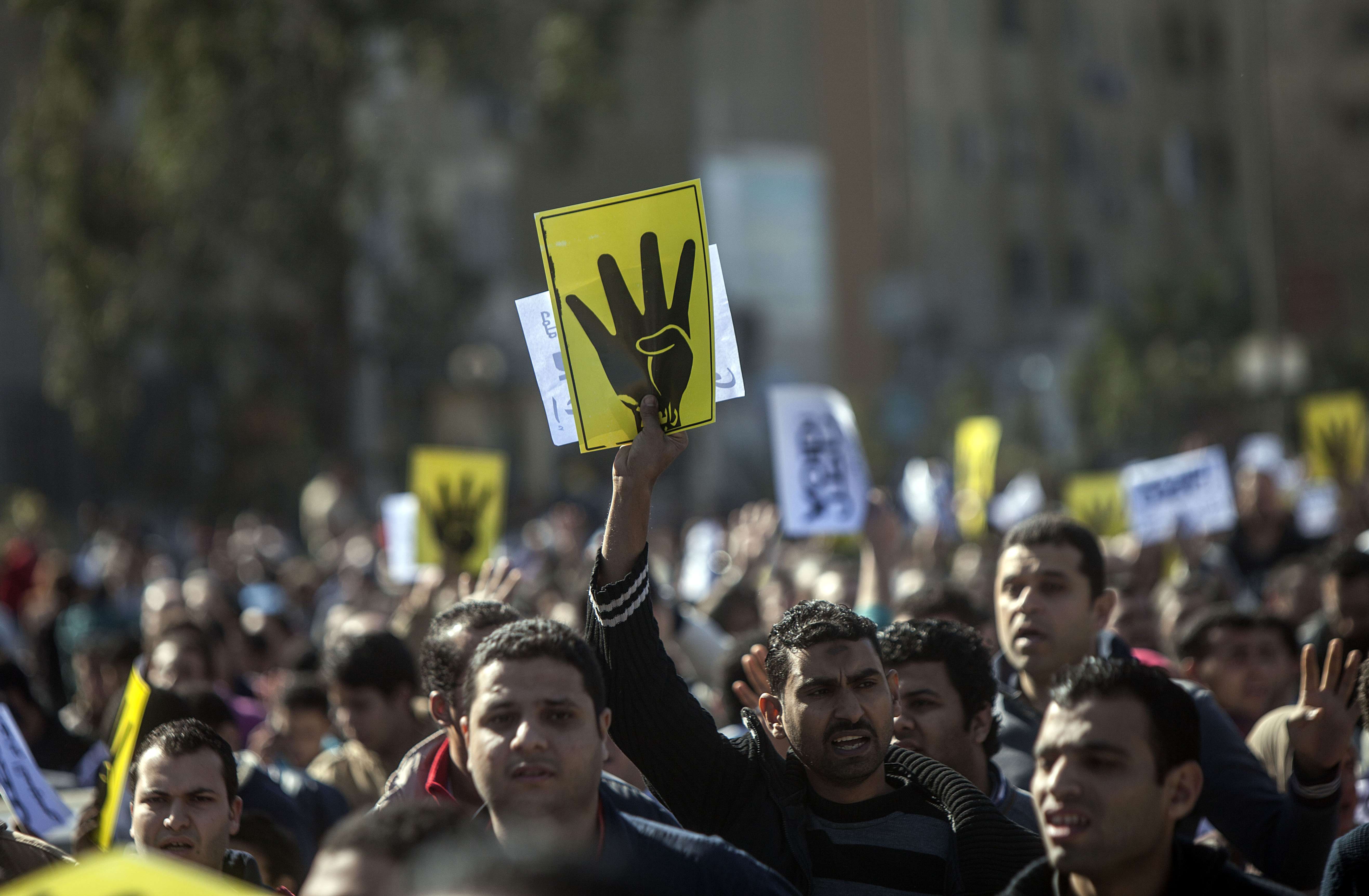 Minister of Foreign Affairs Sameh Shoukry said on Tuesday that Egypt considers the tolerant attitude of the UK government towards the Muslim Brotherhood a negative sign.

He stated that the move will not have positive implications on bilateral relations between the two countries.

Shoukry added that Egypt is regularly updating its international partners on legal violations and terror attacks that target security forces and Egyptian citizens, saying that the goal of the Muslim Brotherhood is to terrorise the people.

Earlier this week, the UK government issued an internal regulation allowing Brotherhood members to seek political asylum in the UK. The move comes in response to the severe crackdown on Brotherhood members in Egypt following the ousting of former President Mohamed Morsi and the dispersal of the Rabaa Al-Adaweya and Al-Nahda sit-ins.

Shoukry further added that the UK’s action shows doubt in Egypt’s judicial authority and its ability to hold fair trials, which is considered insulting to the Egyptian judiciary.

The minister concluded by saying that if countries are going to give biased opinions on occurrences in other countries, Egypt could point out the significant growth of discrimination in the UK. However, this will involve Egypt in an “empty circle of mutual accusations”.

Several members of parliament criticised the UK decision, and said that it will allow an increase in terrorism in Egypt. They said that this decision will also have severe implications on the UK and may increase the rate of the terrorism there.

The internal regulation specified the eligible criteria for asylum seekers, such as being at high risk, undergoing persecution, or being mistreated by security services. The regulation also included the leaders of the Muslim Brotherhood and political activists.

Moreover, it added that there is ill-treatment of Morsi-supporters and obvious restrictions on their freedoms. The mass trials that are being held against Brotherhood members were also tackled in the regulation.

The UK government released a report in December 2015, presenting a negative review about the Muslim Brotherhood. Egypt had welcomed the report and said that it was an important step in combating extremists.

Former British prime minister David Cameron stated that any relation pertaining to the outlawed group shall be considered as an indicator to extremism, and described the Muslim Brotherhood as “deliberately opaque, habitually secretive”.

Shoukry travels to Beirut to confirm Egyptian support for Lebanon

A bit of progress with a big question mark: The EU’s slow-moving migration policy