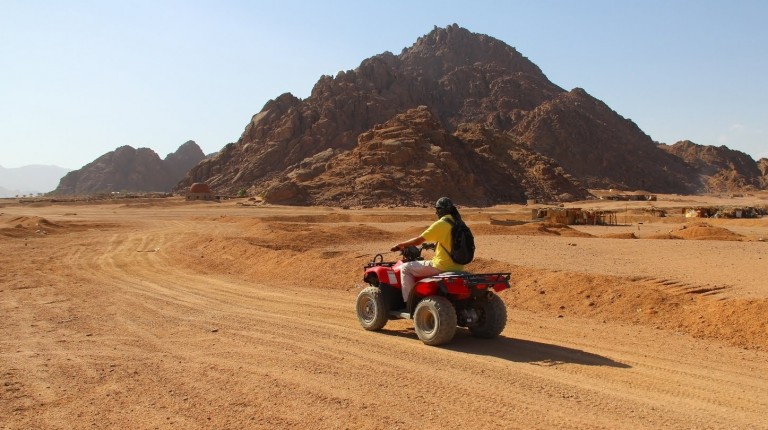 The total number of buses working in tourist transportation declined to 2,048 as of the beginning of 2016, compared to 4,200 operational vehicles prior to 25 January 2011, according to a report by the Egyptian Travel Agents Association (ETAA).

The report stated that from 2004 until 2009, investments in purchasing tourist buses and safari vehicles had increased. The number of vehicles purchased of the models issued in 2007, 2008, and 2009 reached 920.

Ever since 2010, investments in the tourism industry have been declining, given the global financial crisis during the first decade of this century and the decline of tourism influx to Egypt. Tourism to Egypt started recovering as European markets recovered and with the end of the financial recession in 2010.

In 2010, 14.7 million tourists visited Egypt. However, the rise in tourist numbers was not accompanied by a growth of investments in the sector.

The report attributed the lack of investment to two reasons. The first is the decline of the industry’s small- and medium-sized enterprises (SMEs), whose foreign partners had shifted to work with major trip organisers in their own countries. This resulted in SMEs losing a major portion of their clients, given that their partner companies abroad had been a main source of customer acquisition.

The report stated that the second reason was a number of disastrous decisions issued by ministries, which limited investments. Those decisions were mainly related to not importing vehicle models of previous years.

From 2011 until 2016, the number of tourists coming to Egypt declined due to the country’s interior affairs, a number of ministerial decisions, and the lack of cohesion and coordination between different administrative authorities and bodies, according to the report.

The report called on officials in the tourism sector to find a quick solution to the crisis, and to rapidly implement it. During the past five years, the decline of tourism influx to Egypt has had a negative impact on providing funding for vehicle purchases.

Currently, tourism travel agencies preserve their own fleet through periodic maintenance for its vehicles. Some of the agencies even own maintenance centres.

The report highlighted the importance of working on short-term plans to keep losses at a minimum by importing vehicles that are comparatively older models, predicting future crises, and finding solutions for them.

In addition, the report predicted future problems regarding the quality of fuel needed for powering eco-friendly vehicles—a system which most modern vehicles rely on. Therefore, coordination with the relevant governmental sectors is a necessity.

According to the Ministry of Tourism’s strategy, Egypt is targeting to attract 20 million tourists by 2020.

Currently, the ratio of tourists per vehicle stands at just one vehicle for every 1,000 tourists. This, the report noted, imposes intense pressure on the vehicles and requires further investments.

The average life span for each vehicle is 10 years, whereas the actual operating life is 3.8 years.

According to the report, capital expenditures on buses, safari vehicles, maintenance stations, and garages amount to EGP 1.6bn. Moreover, costs for maintenance in Cairo are estimated at EGP 4.448m, as vehicles travel to the capital from Hurghada, Aswan, and South Sinai.

Additionally, delayed maintenance causes losses of EGP 1.2m. This does not include the losses of fuel costs, inspection fees, and the expenditures of examining limousines.

The ETAA suggested creating a system that monitors the quality specifications of the sector, in order to help companies develop their service quality. The report also recommended providing tourism inspection services through the ministry, in accordance with the law. This shall replace the current system, which causes millions of pounds to be wasted.

The report stated that the growth rate of the number of tourism vehicles and limousine transportation stood at 0.1% by the end of 2015, as a result of companies purchasing 2,034 microbuses between 2013 and 2015. The ETAA also indicated that vehicles in Egypt are not accessible for people with special needs.

ETAA has trained 8,685 drivers as of March 2015, in collaboration with the Ministry of Tourism. The training coincided with adopting a data system to maintain a record of the drivers that underwent the training and their contact information.