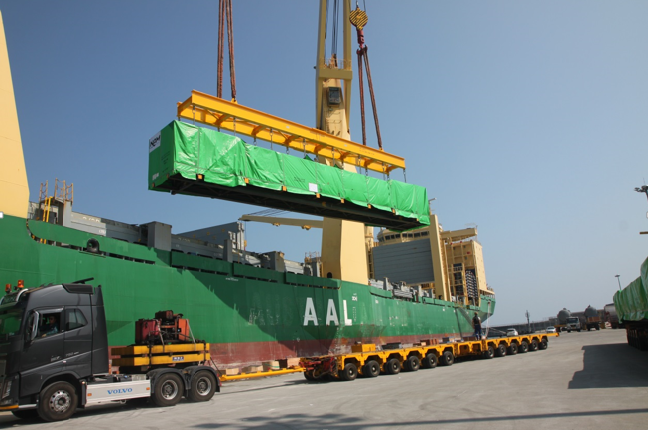 Siemens’ modules for the first heat recovery steam generator (HRSG) began their journey from South Korea to the Beni Suef power plant, according to a press statement on Thursday.

The statement said that the container is scheduled to be installed at the plant in mid September, adding that eight containers will be installed in each plant.

Each container contains 24 modules and approximately 14,000 single tubes, each around 20 metres in length.

The statement noted that NEM Company will deliver 24 HRSGs to power plants in Beni Suef, Burullus, and the New Administrative Capital.

“The Beni Suef plant will be powered by eight Siemens SGT5-8000H gas turbines, selected for their high output and efficiency. In each of the eight HRSGs the exhaust gas from these turbines will be used to produce high-pressure steam and drive the four steam turbines installed in the power plant,” the statement read.