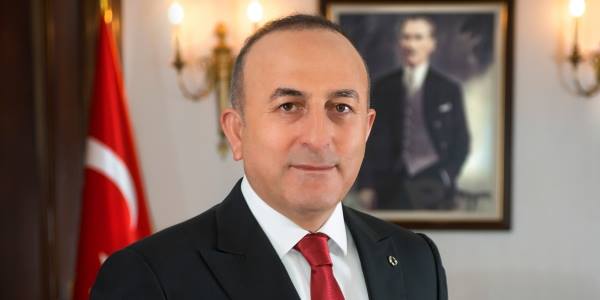 In response to the statement by the Turkish foreign minister, the Egyptian Ministry of Foreign Affairs released a statement on Saturday in which Foreign Minister Sameh Shoukry said that the Turkish statement implied that Turkey wants to improve relations with Egypt.

However, Shoukry added that the statement of Mevlut Cavusoglu contradicts itself, as he said that Turkey is honoured by its strong relations with Egypt, but it is unacceptable for Cavusoglu to tie the improvement of bilateral relations with Egypt’s acceptance and support to the political situation in Turkey.

Shoukry added that the Turkish foreign minister also commented on the current economic and social circumstances in Egypt and said that the several death sentences issued by the Egyptian judiciary are politically motivated, stressing that the enhancement of bilateral relations should include respect to the principles of the other countries; however, what Cavusoglu did was considered as if Turkey has some sort of guardianship over Egypt.

The statement concluded by saying that Egypt has refrained from commenting on the offensive comments received from Turkey over the past two years, stressing that Egypt will adhere to international law regulations in its relations with other countries, and will always provide a common ground to keep peace and stability.

Shoukry’s statement came after Cavusoglu said that Turkey is ready to foster ties with Egypt and that the country wants to see a stronger Egypt in the region. He, however, condemned the increased death-sentences in Egypt.

After an attempted coup that took place in Turkey late June, the Egyptian government hindered the issuing of a condemning statement from the United Nations Security Council (UNSC), justifying its refrain from voting on it by saying that the council is in no position to qualify the Turkish government as democratically elected or not.