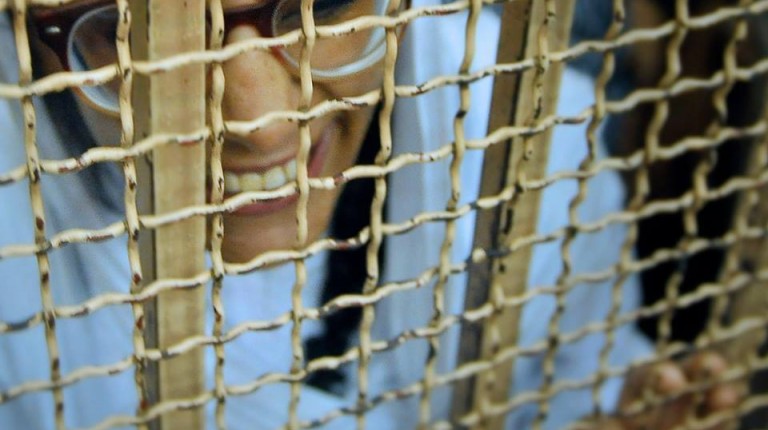 Renowned lawyer and political activist Mahinour Al-Massry and journalist Youssef Shabaan were released from prison on Saturday after completing their prison sentences.

The events of the case date back to 2013, during the rule of the now outlawed Muslim Brotherhood, when both were convicted for storming into Al-Raml police station in Alexandria.

They were supposed to be released on Thursday, however, their release was withheld for unknown reasons.

The release of political activists from jail has not gone smoothly under the supervision of the Ministry of Interior’s different bodies. In more than one case, the defendants had to spend extra days in unlawful detention despite their entitlement to release.

El-Massry and Shaaban, were first sentenced to two years in prison in February 2015. Following an appeal in May of the same year, the verdict was reduced to one year and three months.