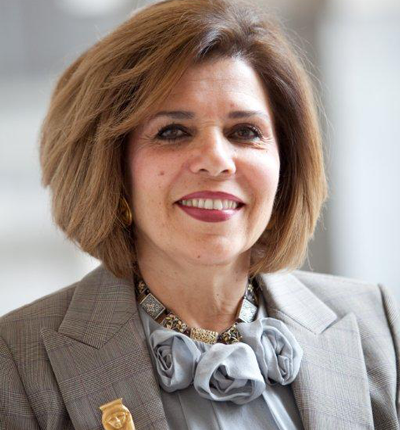 During the meeting Khattab and the ambassadors had an open discussion in which the former thanked them for their nomination on behalf of Africa.

Deputy foreign minister Mohamed Idriss said that the African leaders’ nomination for Khattab reflects strong ties between Egypt and African countries which will result in positive outcomes across the entire continent.

In this meeting, Khattab previewed her plans upon being selected for this position as well as her past experience, according to a statement by the foreign ministry.

The 27th African Union summit accepted in mid-July Egypt’s request to support ambassador Khattab for the post, after its approval by the executive council of the summit.

Khattab was appointed minister of family and population during the era of former prime minister Ahmed Shafiq in 2011. She also served as the Egyptian ambassador to South Africa, the Czech Republic, and Slovakia. She further served at Egypt’s diplomatic mission in Austria, Hungary, and the United Nations.