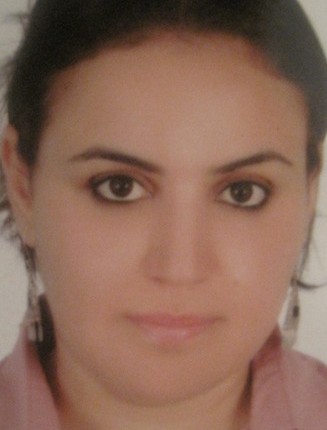 Private sector development is still a huge challenge for Egypt’s economy. The business climate should be one of the prime targets for the government, particularly as Egypt dropped down in the Doing Business ranking for 2015–2016. There could not be a better time to take the necessary legal steps to improve the business climate in Egypt. This is particularly relevant knowing that Egypt finally has a parliament after years of absence, but it will take more than amendments to the current legislation to stimulate business. New laws that meet the requirements of this era of Egypt’s history and restore investors’ confidence in the Egyptian market are a must.

An important economic legislation that should be issued is franchising a law. Franchising is the most common and commercially efficient distribution methods by which the owner of a worldwide or local business (franchiser) licenses another entrepreneur (franchisee) the right to deal under his trademark or trade name, following his business plan, in return for agreed fees. There is always a high demand for top brands in fashion, technology, food, home appliances, and others, all of which may be provided by franchises.

Egypt is the franchising centre of the Middle East with more than $14bn invested in the franchising sector. Thus, franchising significantly contributes to the country’s GDP by speeding up Egyptian economic growth and promoting foreign investment in Egypt. Franchising entered the Egyptian market with the implementation of the Open Door Policy in 1973.

Wimpy, an English fast-food chain was the first to establish a franchise in Egypt. Within a few years, the franchising sector began to see rapid growth and hundreds of international brands established a presence in Egypt. Approximately 40 international franchising companies have outlets in Egypt, and $300m is invested in the Egyptian food franchise market alone by both foreign and domestic investors.

Examples of famous foreign brands in Egypt include Chili’s, Hard Rock Cafe, KFC, McDonald’s, Pizza Hut, Baskin Robbins, Carvel Ice Cream, and Ruby Tuesday. Other franchising sectors are expanding fast in Egypt, including lifestyle brands, home appliances, and clothing. For example, Ikea has established a home furnishings franchise presence. Furthermore, the large Egyptian population requires the convenient services that franchising can provide across all sectors. As a result, franchising in Egypt is an emerging market. Cairo, for instance, is the location of 65% of Egyptian franchised outlets. Another 8.6% are found in Alexandria.

Although the economic and commercial importance of franchising in Egypt makes it one of the main methods of investment, Egypt does not have a law on franchising. This has left franchising to be regulated by other general commercial legislation that contradicts the very specific nature of franchising transactions, which requires strong protections for both parties, particularly with the fast growth of technology and the complexity of international licensing. Also, the absence of a specialised law on franchising results in a lack of awareness of the franchising system. Thus, most practitioners, courts, executive authorities, and sometimes the franchising parties themselves confuse franchising with other similar transactions and relationships such as distributorships, technology licensing, agencies, and others.

In the same context, transfer of technology agreements are those in which the licenser undertakes to transfer technical information to the licensee to use in a special, technical way to produce specific commodities or to install or operate specific equipment. Technology transfer rules on licensing are very protective of licensees and limit the control of licensers over the transferred technology due to the fact that transfer of technology transactions could be related to dangerous technology being imported into Egypt, unlike franchising. This explains why a law that meets the very specific legal nature of franchising should be enacted.

From a legal perspective, comprehensive franchising laws around the world usually regulate three areas: pre-sale disclosure, registration of franchise offers, and regulation of the relationship between the contracting parties.

Disclosure laws mandate that franchisers disclose to potential franchisees any information that can be expected to affect the franchisees’ decision as to whether to enter into franchise transactions.

Registration laws usually require franchisers to file with a competent government registration authority their disclosure documents as well as information on their intellectual property and sometimes documents related to their consultants and brokers, before making franchise sale offers. Registration is usually required for authentication purposes.

The most common issues requiring disclosure include information about the franchiser, such as the background of its officers and directors, litigation history, bankruptcy history, and financial statements. Disclosed issues also include information on the franchised system such as intellectual property information, advertising programmes, and training programmes. Moreover, information on franchisers’ requirements from franchisees such as site selection, restrictions on sales, and initial investment are included. Finally, information on the proposed agreement such as initial fees, territorial rights and dispute resolutions, as well as the term, transfer, and termination of the agreement are usually included.

Once the franchiser submits the required documents, the competent authority should archive the documents unless the documents are incomplete. Giving the registrar broad discretionary power to accept or refuse registration and to impose conditions for approval may not be the best option, as it may lead to abuse of power or corruption. Therefore the relevant ministry should provide oversight. It is also important that franchisers have the right to appeal the registrar’s decision and the registrar should be required to give reasons for declining a registration. The registrar should be established by a competent minister and its duties specifically spelled out.

Regarding relationship rules, it may be difficult to outline all rights and obligations arising out of a franchising agreement. Nevertheless, the Egyptian law would provide for the minimum rights and obligations that are most common in franchise agreements such as confidentiality, non-competition, provision of training by the franchiser, and the like.

To sum up, Egyptian business and legal protocols are, in particular, quite consistent with those of the EU and North America, which opens the door to expanding franchising services between Egypt and other areas of the world and promoting foreign investment in the Egyptian franchising sector. Lack of awareness, lack of franchising laws, changes in political conditions, and the economic risks associated with franchising represent the most important constraints standing against the development of Egyptian franchising. The time is ripe for establishing franchising laws in Egypt in order to face the economic, investment, and legal challenges that have arisen in the aftermath of the political events in 2011. An outstanding franchising law should not only address the needs of the local market but also the expectations of business partners engaging in more than one jurisdiction.

Dr Radwa Elsaman is an Assistant Professor of Business Law at Cairo University and an international business lawyer at one of the leading law firms in Egypt. She is the holder of a Master’s degree and PhD in Law from the Washington College of Law in Washington, DC. She has numerous publications in worldwide law reviews, journals, and newspapers.