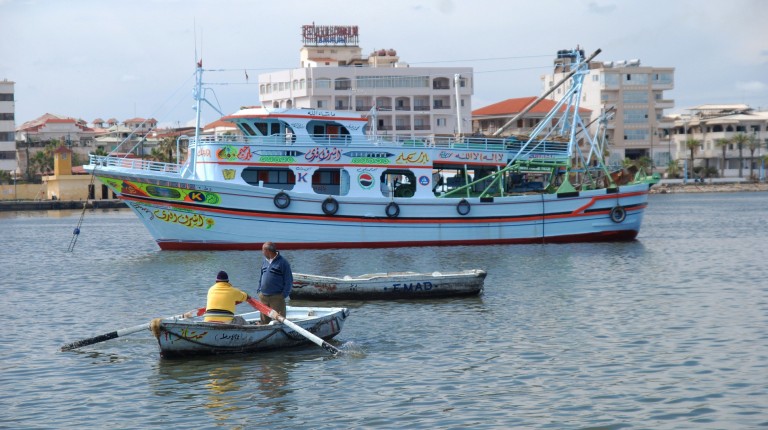 Seventeen fishermen were reportedly detained near the port of Benghazi on Monday as they tried to enter the port.

The Libyan naval authorities have yet to disclose the names of those detained as well as the name of the boat. The reasons as to why the ship approached the port are also still unclear, as clashes between the Libyan army and militants continue.

Head of the Fishermen’s Syndicate in Kafr Al-Sheikh Ahmed Nassar could not confirm nor deny the news, but he told Daily News Egypt that attempts to confirm the incident are ongoing.

Nassar, however, said such incidents have happened frequently over the past two years, during which dozens of fishermen have drowned, were detained, or went missing.

He said there are many reasons that may trigger fishermen to go to nearby ports, but the most significant is the huge deterioration of fisheries in Egypt. “There needs to be comprehensive reform for the Egyptian shores,” he said, to ensure self-sufficiency for fishing in Egypt.

A fishing boat sank in Sudanese territorial waters on 30 January, carrying 14 people. Two were rescued while one body was retrieved and 11 people remain missing.

Meanwhile, more fishermen have been detained for trespassing in the territorial waters of Libya and Tunisia.

13 Egyptian fishermen detained in Tunisia to return to Egypt