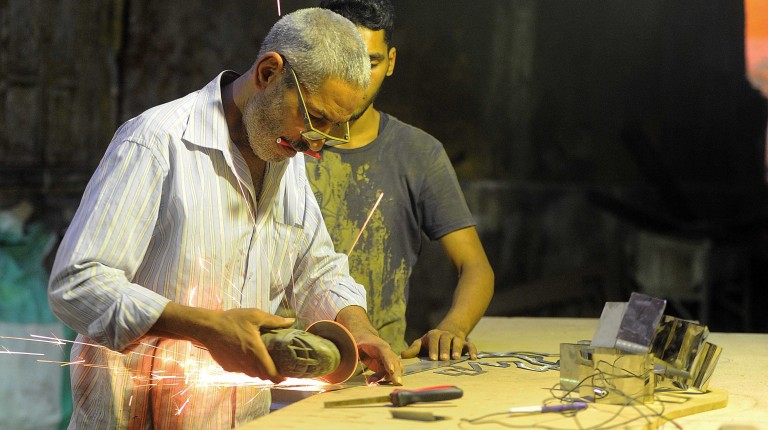 Unemployment rates witnessed a decrease of 0.2% in the second quarter (Q2) of 2016 down to 12.5%, compared to 12.7% in the first quarter (Q1) of 2016, according to a press release by the Central Agency for Public Mobilisation and Statistics (CAPMAS) issued on Monday.

A source from CAPMAS said that the decrease can be attributed to the increase in employment rates in different sectors, such as the public administration, defence, and social security sector. This sector represents 7.1% of the total number of citizens employed across all sectors in Q2 of 2016, compared to 6.6% in Q1.

The current number of unemployed Egyptians reached 3.7 million, which accounts for an increase of 61,000 employees from the first quarter of 2016, CAPMAS release said.

The press release added that the youth demographic makes up 79.8% of those unemployed, of whom 30.7% received higher education degrees from universities, and 49% received intermediate and above intermediate education.

Recently, the government has been cooperating with China to develop projects which boast plentiful job opportunities for the near future, such as the New Administrative Capital, the new Suez Canal, and the Suez Canal Economic Zone, as well as the reclamation of 1.5m acres of land.

Industrial sector accounts for 32.6% of credit facilities in April: CBE