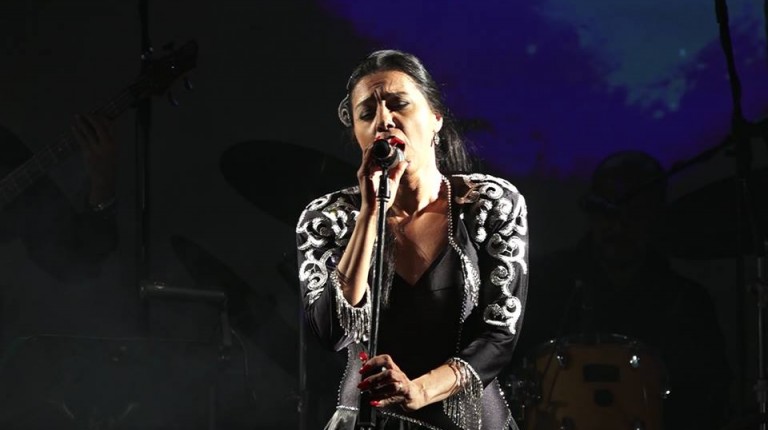 In Cairo Opera House’s main hall, attendees sat mesmerised, listening to music that transcended them all the way to Spain, as Melodias Encantadoras Orquesta performed their first show in Egypt.

The Spanish band was established two years ago by pianist Amr Hassan, with the aim of spreading Spanish classical music in Egypt.

Spain blends Arab and Moroccan heritage and Gibraltar’s flamenco heritage into its musical heritage. As music is one of the most expressive traits of any culture, Spanish and Arab music are very similar. Based on that, the band specialised in Spanish music.

“The Spanish folklore is the closest to the Egyptian taste, as it has the same maqams (musical keys) as Egyptian music,” Hassan said.

Shortly after Bulgaria was liberated from the Soviet Union, Hassan lived and worked there at the end of the last century. Despite living and being attached to Bulgarian music, Hassan dedicated the band to perform Spanish music, not Balkan music.

“It was so cheap, so I went to Bulgaria for tourism. I liked it there so much, so I stayed. I loved their music. I do not only adore Bulgarian music, but also Eastern European music, including Romanian, Hungarian, and Czechoslovakian,” Hassan added.

Spanish, Balkan, and Greek music are sometimes categorised as oriental music, given how close they are to Arab music. Hassan stated that the writing and pronunciation of the Greek language is difficult. However, the Spanish language is based on the Latin alphabet and pronounced the exact way it is written, making it easier to incorporate in the music.

One of the challenges the band faces is that its main pillar, singer, and dancer Mona Burkhardt lives in Germany. Therefore, the band works on the music until Burkhardt joins them one or two weeks before the event, to train and rehearse extensively.

Hassan also has another rock band called Andromida, in which Burkhardt also performs.  The band is 30-years-old, and combines rock, blues, and progressive music. He established it when he was still in school.

“Burkhardt used to sing Spanish songs, so we decided to expand our activities and present a new taste of music to the Egyptian audience. This is how Melodias Encantadoras Orquesta was established,” Hassan stated.

In addition to these two bands, Hassan has a third band, dedicated to heavy metal.

In Video: Tanneries of Old Cairo to be demolished

NOUT Art Gallery: a platform for young artists to come together