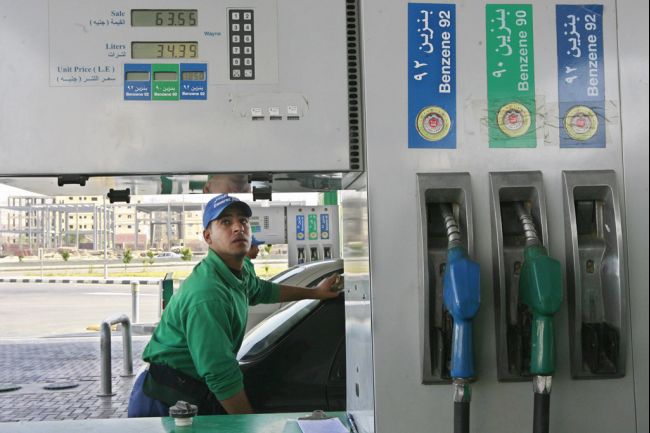 He told Daily News Egypt that Aramco will supply Egypt with 12 diesel shipments a month, according to a contract for the provision of petroleum materials, in addition to other quantities that are being supplied through periodic tenders.

El-Hadidi said that Egypt’s consumption of diesel is estimated at 40,000 tonnes per day. No instructions have been received to increase the price of any kind of petroleum products in the local market.

He explained that the subsidy allocated for this fiscal year’s (FY) budget declined to roughly EGP 35bn, according to the Brent Crude price of $40 per barrel compared to EGP 61bn in the budget for (FY) 2015/2016.

The government must meet certain conditions to obtain a loan worth $12bn over three years from the International Monetary Fund (IMF). Public debt must be reduced from 98% of the GDP to 88% in FY 2018/2019. The value-added tax (VAT) must be activated and the energy subsidy reduction programme, which began in 2014, must be continued.

The price of natural gas for cars increased to EGP 1.10 per cubic metre from EGP 0.4 previously, an 175% increase.

The IMF said in a statement that the Central Bank of Egypt (CBE) seeks to move to a flexible exchange system in order to enhance its competitiveness, support exports and tourism, and attract direct foreign investment

According to the IMF, the structural reforms target to improve the business environment, stimulate the labour market, simplify regulations, and enhance competition.

El-Hadidi explained that the programme aspires to improve Egypt’s ranking in business reports and enable it to compete globally.

Egypt has great potential that enables it to recover quickly: Elsayed

In Cartoon: Despite promises made to low-income citizens, the government continues to chop away at subsidies

International oil, gas exploration bid to be offered in 7 areas in Q1 of 2016