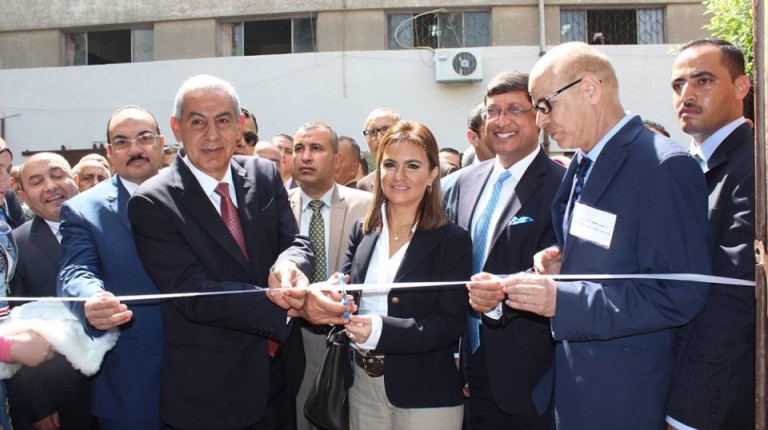 On Monday, Egyptian and Indian officials announced their intention to increase bilateral relations and to seek new cooperation opportunities, as Egypt attempts to expand its relations in South Asia, Africa, Russia, and South America.

India’s ambassador to Egypt, Sanjay Bhattacharyya, met with Minister of International Cooperation Sahar Nasr and Minister of Social Solidarity Ghada Waly this week, as both parties confirmed interest in continuous support and cooperation in a number of new projects.

India currently supports the government’s objective of increasing renewable energy use to 20%, as stated in the Sustainable Development Strategy: Egypt Vision 2030. It also assists in textile training centres, as it recently announced the provision of $1m in credit to help equip the textile industry with the most recent technologies and training to textile employees.

Vocational education is also a major aspect of cooperation, specifically vocational education development in the 6th of October University and Assiut University. During the India-Africa Forum Summit, Egypt was recognised for the opening and support of vocational training centres, which offer industrial, agricultural, information technology, and business skill training. Additionally, Al-Azhar will be assisted in offering an information technology education centre of excellence.

“I had the opportunity to call the Grand Imam of Al-Azhar some weeks ago, and we discussed the project with him. He was very happy about this project and that the Indian model will be used in other institutions of Al-Azhar University across Egypt. We see the very central role of Al-Azhar in development—not just in Egypt, but in the entire Arab world,” ambassador Bhattacharyya told the Press Trust of India.

The officials also spoke about expanding cooperation in not just economic assistance, but also in the development of civil society, with an emphasis on women and youth empowerment.

Egypt has been seeking to increase its cooperation with Brazil, Russia, India, China, and South Africa, namely the BRICS bloc, by increasing subsidies for exporters to new and emerging markets. Industry and Trade Minister Tarek Kabil announced the attempt to increase exports to these markets. Exporters will see their base subsidies rise 50% to markets such as South Asia, China, Latin America, and Russia, if they can show growth and value-added potential.

Chinese president Xi Jinping also announced the signing of 15 new projects “mainly in sectors like electricity, transportation, and infrastructure”, in a joint statement with President Abdel Fattah Al-Sisi. The total investment amounts to $15bn, which aims to increase the economic development of Egypt.