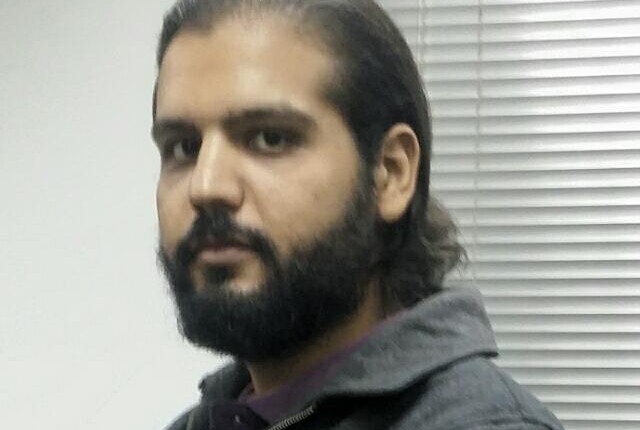 It has been just over three years since the dispersal of the Rabaa Al-Adaweya and Nahda sit-ins.

It has been over three years since one of the biggest state perpetrated and sanctioned massacres in modern human history, as described by Human Rights Watch, and unless you marked the day of the anniversary­—14 August—you probably haven’t even noticed.

There were no huge demonstrations in the streets, no large yellow banners with the Rabaa sign, no pictures of the dead lingering over an angry mob yelling that the current regime is made of murderers and predicting the return of the “rightful”, “legitimate” president—almost nothing.

Is it at all surprising that this massacre was and is still hailed by some as necessary, even heroic?

The 25 January Revolution was almost picture perfect in the beginning. The “us” liberals, Islamists, Christians, socialists, communists, and seemingly everyone hand in hand, united towards a common goal. Who can forget the famous picture of Christians protecting Muslims during the Friday prayers in Tahrir Square among countless others?
But then it started: the “us” started fragmenting into many others, and the “them” narrative started taking over. A state-TV anchor screaming on national television to protect the army from the Christians attacking them at Maspero in October 2011. Twenty-eight peaceful demonstrators, mostly Christian Copts, were killed by the army and security forces that day.

This was directly followed by the first Mohamed Mahmoud clashes in November of the same year. Demonstrators were requesting the expedition of the peaceful transition of power from the military to an elected representative among other requests. The Muslim Brotherhood distanced itself from the demonstrations, denying any involvement; it is “them”, and it has nothing to do with “us”.

It seemed that the “us” narrative born during the anti-Mubarak demonstrations was diminishing each day, and by the 30 June protests, it was all but gone.

I am not taking the moral high ground; human beings in general tend to prefer binaries with “us” v ”them” narratives. If we disagree with “them”, then they stop being ”us”, and start being “them”. I have personally struggled with this.

Is apathy the lack of empathy, or is it the choice to selectively ignore travesty? Through normalisation, through bitter helpless complacency, through not realising what the point is anymore?

Maybe the single biggest argument against the “us” v ”them” binary narrative was Asmaa Al-Beltagy, daughter of Muslim Brotherhood leader Mohamed Al-Beltagy. Asmaa was the revolutionary that fearlessly stood on the front lines of Mohamed Mahmoud during the clashes with the government, the demonstrations that the revolutionaries accuse the Brotherhood of conspiring against with the army. Asmaa was killed during the Rabaa dispersal. The picture of her smiling and standing her ground on Mohamed Mahmoud Street and the picture of her lifeless body after Rabaa drew undeniable parallels between the many faces of state oppression. Her face still carried the same haunting smile in both pictures, even after death.

In 2013, I visited the Rabaa sit-in multiple times─not to champion a cause I definitely disagreed with, but to see for myself those reduced to nothing but armed terrorists, using women and children as human shields on TV screens.

I came with my prejudice, my self-righteous sense of moral superiority. I detested and loathed what they stood for. I despised their hate speech; I hated their leaders and felt a patronising pity towards the people taking part in it.

I remember the first night I entered the sit-in, extending to cover the surrounding streets, my company and I had no trouble getting in and it was just before midnight during Ramadan. It was well-organised, the placement of the tents, and the many bazaar like tents giving out flags, displaying pictures of Muslim Brotherhood martyrs, with the picture of the deposed president Mohamed Morsi as a fixture everywhere, naturally. Even cardboard masks of Morsi’s face were a big thing; you, too, can be Morsi apparently.

I made my way through the crowd to the main podium, listened to the speeches, admittedly smirking a bit on the inside when the speaker was promising the imminent return of Morsi to the frantic believing cheers of the surprisingly optimistic masses.

I lost my interest in the main stage, and started interacting and making conversation with the people there. Most of the people I met were not from Cairo, they came from far and near. I saw faith, I saw hope, I saw love, I saw compassion; and I also saw hate, discrimination, intolerance, and an unshakable belief in their own superiority. Better Muslims, and better people than the rest. Not equally in everyone, of course, each person carries some of these traits to a different extent. We all do, and then selectively highlight the positive ones of our camp and the negative ones of our adversaries.

One man from Minya caught my attention, until this moment I don’t know exactly why. A school teacher in his early forties, long beard, worn out clothes, exhausted face, and kind eyes, he told me how he left everything and came here to support the return of the president. He was a father who spoke proudly of his kids. He was sure that Morsi’s return wouldn’t take much time. He was looking forward to his return so he could return home to his family and life. He also said that he is willing to die to defend the “legitimacy” and talked about how this will only strengthen Egypt upon the return of Morsi. I did not share my own personal opinion about Morsi’s policies or success as a president with anyone at the sit-in of course; I am not a fool. This certainly wasn’t a forum for a political debate.

I remember staying until the early hours of the morning. It was Ramadan, sohour time came and someone I don’t know handed me a huge bag of fuul and falafel sandwiches to distribute to the people that were about to start their fast the next day. I was met with grateful smiles and gratitude, prayers for my well-being, and an elderly woman that I gave a couple of sandwiches to asked me if I was married, and when I said no, she prayed enthusiastically that God blesses me with a good Muslim wife.

Calls for the Fajr prayers were echoing, and people started standing in lines preparing for the prayer. I made my way out of the square and glanced back at the thousands behind me kneeling in harmony, almost everyone in the square, except for some sentries standing guard against attacks. I felt a sense of serenity at the sight; I felt fear for their fate. I did not share their faith in their victory, I did not want their victory, and I also did not want the other guys’ victory.

Little did I know that a bit after, everyone would lose everything; starting with their humanity.

I wonder if that schoolteacher lived. I wonder if he returned to his family. Might he be teaching at his village again? Could he be in prison somewhere? I wonder if he still has his faith? I wonder if he will ever march in a demonstration against the current regime again; either as a demonstrator, or a face on a yellow flag with a black ribbon in its corner.

We’ve become experts at the art of exclusion. There is no denying there are some differences that can never be reconciled. But if we don’t stop buying into the ”us” v ”them” narrative they are selling us when it comes to even the most atrocious and blatant human rights violations, soon the word “us” will cease to exist, and the country will be reduced to a whole bunch of “them”.

Mohanad Elsangary is a social and political activist who used to head the media department for the Bassma movement.