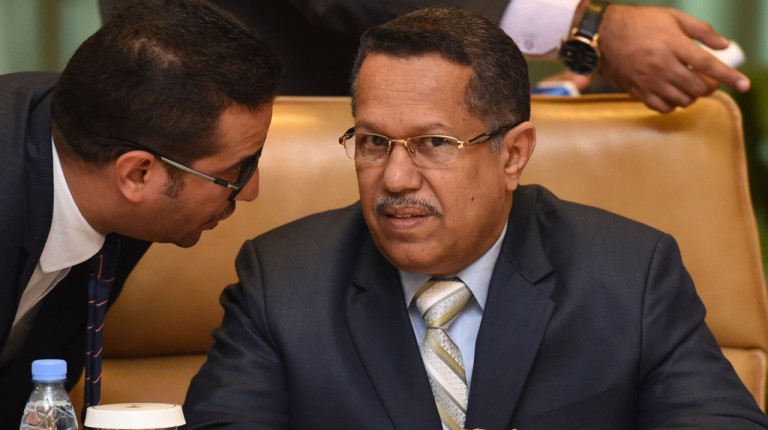 “Egypt and Yemen are sharing a common ground regarding what is going on in Yemen,” Daghr said. He also recognised Egypt’s support for the “the legitimacy of the current government in Yemen,” at the United Nations Security Council (UNSC).

Daghr claimed that the Houthis are not willing to have a dialogue with the Yemeni government. He also said that the Houthis do not want to withdraw from areas they have entered or give up their weapons, which he described as “unacceptable.”

Meanwhile, Ismail said during the meeting that Egypt is looking forward to cooperating with Yemen in rebuilding the country and creating partnerships in different fields including education, entry visas, and healthcare, among others.

The talks between both prime ministers were also attended by the ministers of health, immigration, and tourism from the Egyptian side, and their counterparts from Yemen, in addition to the Yemeni minister of foreign affairs.

Egypt has been involved in supporting the Saudi Arabia-led coalition launched in March 2015 against Houthi militants. The Houthis took over the capital Sana’a in September 2014 and bombed the presidential palace. The president Abd Rabbou Mansour Hadi pleaded with Arab leaders during the Arab Summit held in March 2015 in Sharm El-Sheikh to interfere against the Houthis. Hadi is currently living in Saudi Arabia.

On Monday, a coalition airstrike hit a hospital supported by the international medical humanitarian organisation Doctors Without Borders in north-western Yemen, killing at least 11 people and injuring at least 19.

At least 6,500 people have been killed over the past two years in different parts of Yemen, including more than 3,200 civilians, according to several observatories.

Recent attempts to reach a peace deal between the Yemeni government and Houthis in early August in Kuwait witnessed a standoff between both delegations. The former demanded to pass the UNSC resolution, which states the withdrawal of the Houthis from all cities, while the Houthis rejected this deal as they demanded that Saudi-led forces stopped their strikes.

Talks resume in Kuwait after standoff between Houthis, Hadi over UN peace deal