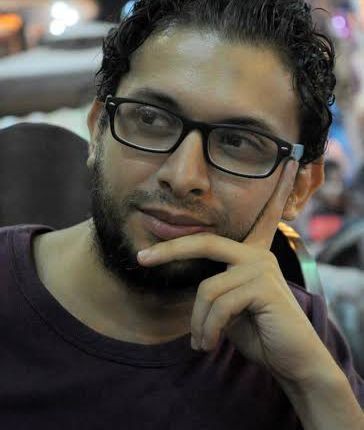 After the great success of his remarkable novels Foga, 9 Milli (9 Millimeters), 313, and Msya, and his two short story collections For the Sake of Devil and Strangers, Amr El Gendy hit the book market with a new novel called Entehar Bera-ehat Al Qoronfol (Suicide With the Scent of Cloves). Although he switched from the genre of psychological thriller and psychodrama to crime literature in his previous literary works, his new novel provides a new type of realistic drama, to the surprise of his audience.

“Suicide With the Scent of Cloves isn’t my first novel that includes realistic drama. However, I consider it my first literary work that digs deeper into realism, in a way that most of my readers didn’t expect,” he said.

“Unfortunately, most of people thought that I was tackling ordinary suicide that is rooted in desperation. However, my novel is completely different. Losing an important person can be a suicide, losing your dream and hope is another type of psychological suicide. The novel’s name sheds light on the current circumstances of our society where hopes of salvation are always mixed with bitterness,” he added.

The novel tackles a lot of important social issues, including rape and how the society deals with its victim, revealing how physical assault may sometimes be the least painful part of the story. The novel also tackles how humanity was lost and how it led to lower ethical standards spread in society nowadays.

“I wanted to focus on some of the problems that youth face, such as drug addiction, the increase of prostitution, as well as people’s repressive ways of imposing their opinions on others,” he noted.

The novel tackles the time period after the revolution and discusses a lot of issues from a human perspective. By highlighting the leading characters and their pains, hopes, dreams, and struggles, the novel takes the reader on a journey of daily, realistic incidents.

Although El Gendy’s novels are always known for their unique titles, he stated that he never chose a title before a novel was complete.

“I don’t choose the titles of my novels. I always believe that the novel is the one that chooses its own identity at the end,” he concluded.