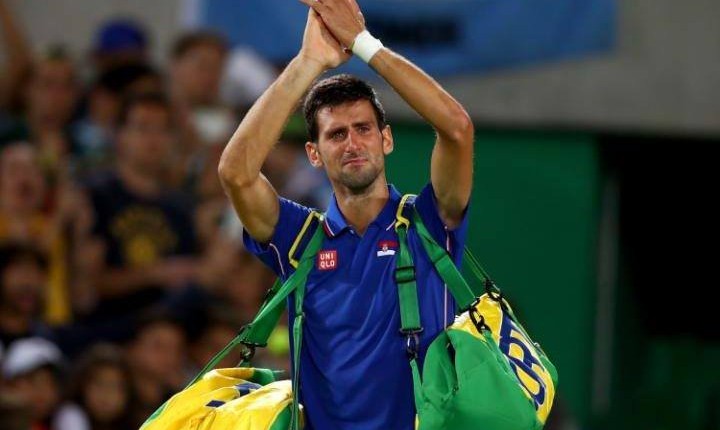 In a thrilling encounter that left both players with tears in their eyes by the end, fans welcomed a repeat of the third-place playoff between the two in London four years ago, in which Del Potro won.

Due to three wrist injuries, the Argentinean had missed almost three years of serious competition, returning to the circuit in this year’s Wimbledon where he would upset fourth-seeded Stan Wawrinka in the second round and suggest he was on his way back to top form.

Indeed, it wasn’t long before Djokovic became well aware of that when at 2-2 in the first-set tiebreaker, the Argentinian won three straight points to gain the upper hand, only for a big forehand to give him three set points.

The victory came in the second-set decider, where Del Potro crushed two straight forehand winners over the Serbian’s serve to take a 3-0 lead. Djokovic wouldn’t score a point until Del Potro had gone up 5-0.

Over the course of the match Del Potro would hit 41 winners to Djokovic’s 29, who ultimately had more unforced errors than winners at 32-26.

The former US Open champion clinched the famous win after two hours and 27 minutes of play in what was only his fourth win over Djokovic in 15 games.

Novak Djokovic dumped out of Wimbledon by Sam Querrey