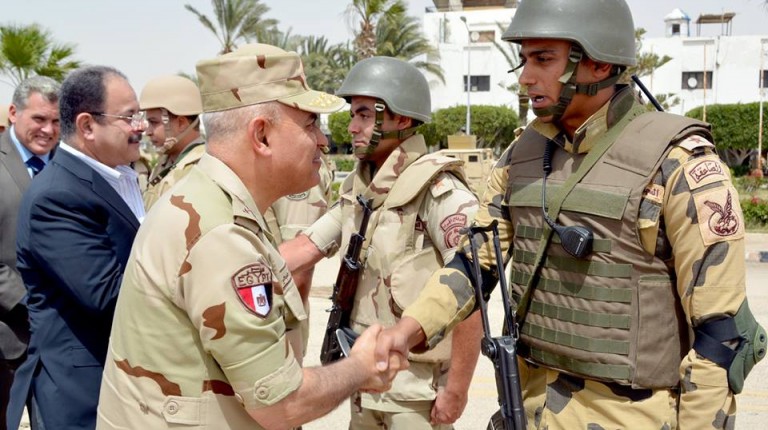 Two soldiers are reported to have been killed Thursday in North Sinai, though officials have not yet confirmed the news.

An armed attack on a checkpoint in the city of Rafah reportedly killed two police conscripts, and injured a third. According to local media reports, the two conscripts were 21-years-old, from the governorate of Beni Suef, while the third is 23 and comes from Beheira.

In April, two soldiers were reportedly injured and three militants killed during the attack on El-Masora checkpoint.

2 injured by explosion in Kerdasa