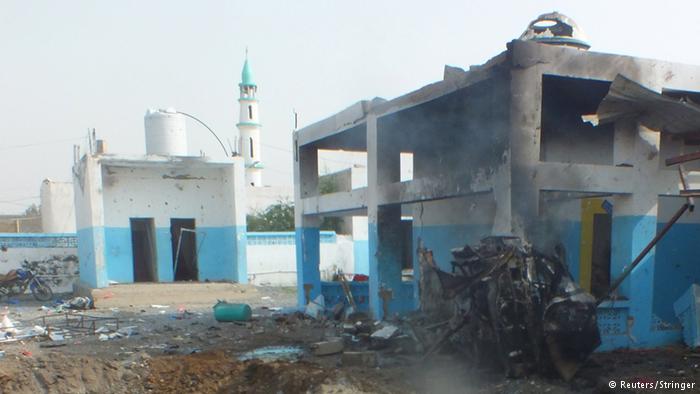 MSF said it was withdrawing its staff from hospitals it supports in volatile northern Yemen after this week’s deadly strike by the Saudi-led military coalition on Abs hospital that killed one of its staff and 11 others.

“Given the intensity of the current offensive and our loss of confidence in the SLC’s (Saudi-led coalition’s) ability to prevent such fatal attacks, MSF considers the hospitals in Saada and Hajjah governorates unsafe for both patients and staff,” the Paris-based group said in a statement.

The six hospitals run by MSF will continue to be staffed by local workers and volunteers.

The Saudi-led coalition said it was committed to respecting international humanitarian law in its Yemen campaign and said it had set up an independent team to investigate incidents in which civilians are killed.

“The coalition to support the legitimacy in Yemen expressed its deep regret over MSF decision to evacuate its staff from six hospitals in northern Yemen and asserts its appreciation for the work the group is undertaking with the Yemeni people in these difficult circumstances,” the military coalition said in a statement carried by Saudi state-run news agency SPA.

The Saudi-led coalition stepped up its air strikes this month after UN-mediated peace talks between the rebels and Yemen’s internationally backed government were suspended. Western powers – including the US and Britain – continue to supply Saudi Arabia with arms and provide logistical support for the air campaign.

Monday’s bombing of Abs hospital drew international condemnation and follows a pattern of what the UN complains of as indiscriminate strikes on civilian facilities.

The hospital strike was the latest in a series of coalition raids that have hit civilian facilities – including a school in the rebel stronghold of Saada on Saturday where 10 children were killed and a food processing plant in the capital Saana, a city with widespread hunger.

MSF said it had shared the hospital’s GPS coordinates with all parties involved in the conflict yet itsfacilities have come under attack.

“Coalition officials repeatedly state that they honor the international humanitarian law, yet this attack shows a failure to control the use of force and to avoid attacks on hospitals full of patients,” it said. “MSF is neither satisfied nor reassured by the SLC’s statement that this attack was a mistake.”

The UN says more than 6,500 people – mostly civilians – have been killed since last March and more than 80 percent of the population is dependent on humanitarian aid.

But the cost from damage to infrastructure and economic losses in the civil war is more than $14 billion (12.4 million euros) so far, according to a confidential report seen by the Reuters news agency.

“I am sorry I drowned”, Doctors Without Borders’ short film raises awareness on refugees human crisis