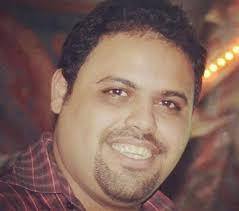 The defence team of Ahmed Abdullah, counselor to Giulio Regeni’s family, has accused two National Security officers in the New Cairo police station of assaulting Abdullah and confiscating his belongings.

Abdullah was accused of inciting people to protest, and of spreading false news about the Red Sea Islands maritime deal between Egypt and Saudi Arabia.

Abdullah’s lawyer said the officers punched his client in the face and confiscated all his belongings, including books. They demanded that the Forensic Medicine department examine Abdullah to prove his assault.

On Thursday, the Egyptian Commission for Rights and Freedoms released more details about the incident saying that that the two officers threw all the prisoner’s food on the floor, assaulted and pushed Abdullah.

Abdullah is an NGO worker and was appointed by the family of Guilio Regeni as a counselor. The family called on the Egyptian government to release Abdullah several times.

Regeni, who was a visiting Cambridge scholar at the American University in Cairo (AUC) was reported missing on the fifth anniversary of the 25 January Revolution. His body was found on 3 February showing signs of physical torture.