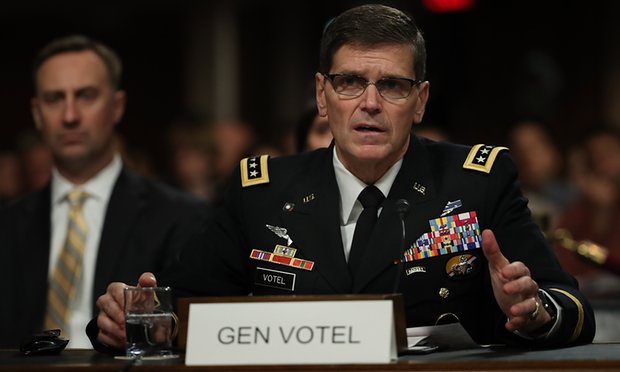 The commander of the United States central command concluded a two-day official visit, departing from Egypt on Friday morning.

The discussions held between the US and Egyptian officials focused on regional updates and counter-terrorism efforts.

Votel also discussed the situation of militancy in Sinai, praising the Egyptian army’s efforts in countering terrorism, according to an army statement.