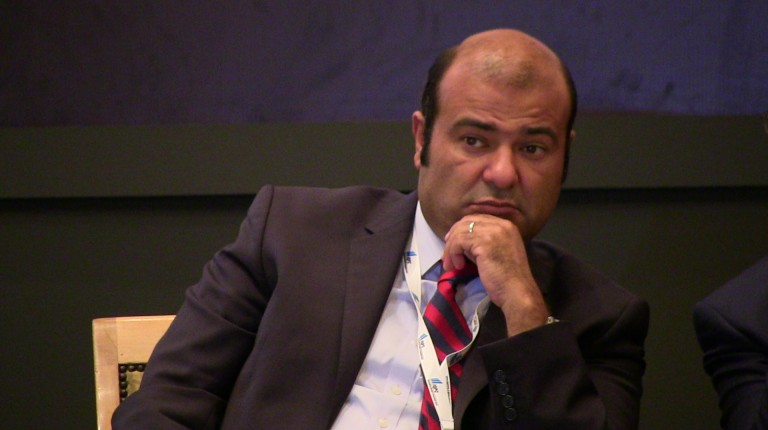 Minister of Supply and Internal Trading Khaled Hanafy has come under heavy fire in the past couple of days, not for accusations of corruption but rather for opting to reside in a five-star hotel suite since he took office—at a cost that allegedly reached EGP 7m.

In an attack on the ministry’s performance, member of parliament, journalist, and TV host, Mostafa Bakry—who also heads the parliament’s Investigation Committee into corruption accusations in the ministry—claimed the minister and his guards have been living at the Intercontinental Semiramis Hotel for almost three years at the aforementioned cost.

The ministry’s response to Bakry’s claims has been on the defensive. They did not deny that the minister lives in the hotel but rather asserted that he is living on his own expenses and refuted the “totally exaggerated” figures the MP mentioned.

The minister himself responded on Saturday night via phone call to a TV show which is broadcast on the same station that the MP airs his show. Hanafy said: “whether I stay in a suite or an apartment is a personal matter.” He then said that his responsibility is to assert to the public that the hotel expenses are on his personal account.

The ministry’s statement earlier said that the minister’s only income is the ministry salary and that he depends on his savings for expenses that exceed his salary.

Bakry retaliated along with other MPs, demanding the minister present his financial disclosure report to clarify his situation. The issue is to be discussed in the House of Representatives this week.

The NGO Partners for Transparency (PFORT) released on Sunday its 13th monthly report on corruption in state institutions, counting 64 cases for July.

The Ministry of Supply once again topped the ranking as the most corrupt government institution, registering 15 cases of the total 64. In July, a case of fraud in wheat supplies was exposed at the national level, triggering investigations by the House of Representatives and the general prosecution.

Sources from the House of Representatives say that the recent wave of criticism against Hanafy and his ministry’s policy might cost him his position.