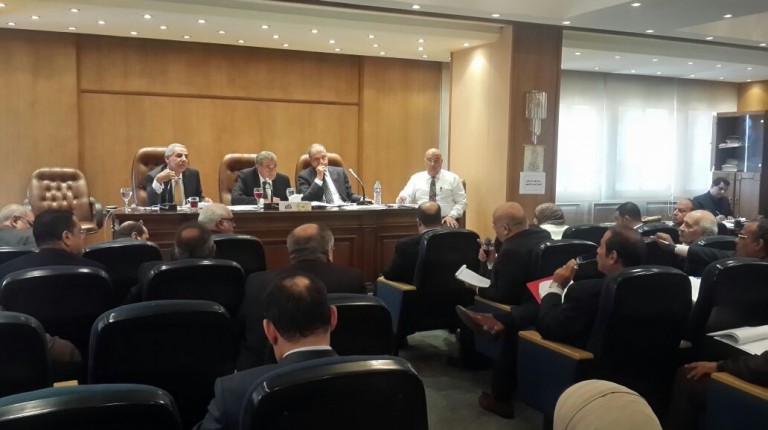 Minister of Trade and Industry Tarek Kabil met with the members of the Economic Committee headed by member of parliament Ali Meselhy to discuss the items of the proposal law submitted to parliament regarding amending Law 121/1982 on importers record.

Kabil said that the amendments of the law include safeguards related to raising the minimum capital required for the registration of natural person companies from EGP 10,000 in the current law to at least EGP 500,000 in the new amendment.

The amendments include raising the minimum capital required for the registration of limited liability companies (LLC) to EGP 2m instead of EGP 15,000 in the current law, in addition to at least EGP 5 for joint stock companies or listed in stocks.

Kabil added that the amendment also includes raising the value of the cash insurance deposit that is required to complete the registration process from EGP 3,000 to EGP 50,000 for natural persons and up to EGP 200,000 for legal persons.

The minister noted that the proposed law gave import record owners six months to adjust their situation with respect to capital and required cash insurance to enroll in the importers’ records on the condition of passing an importer training courses, which would ensure familiarity with the rules and assets of import operations in line with the objectives of the law.

“The new amendment will expand the scope of economic crimes that lead to write-offs by the company and prevent the violated companies from enrolment in import records,” the minister pointed out. “The amendment grants the competent minister take temporary administrative measures to stop registering the violated importer for a year.”

While, the Economic Committee decided to return article 8 of the amendments to the cabinet for reconsideration, recommending the abolition of prison sentences for importers and instead imposing increased fines from EGP 500,000 to EGP 5m in the case of violation.