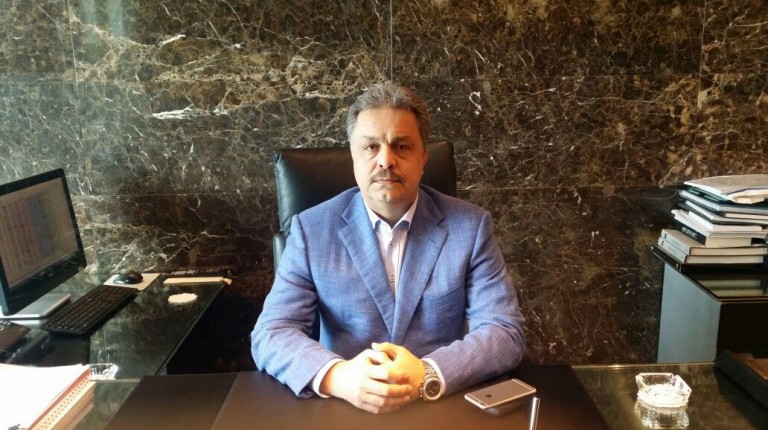 Talaat Moustafa Group Holding Company (TMG) aims to invest EGP 2.5bn across its current projects in the second half of 2016, including Madinaty, Rehab, and a Sharm El-Sheikh hotel extension. In an interview with Daily News Egypt, executive vice president and chief financial officer of TMG, Jihad M. Sawaftah, revealed that the company will invest a total of EGP 5bn in 2016.

What are the company’s key projects during the second half of this year?

The company also aims to diversify its land portfolio to provide a greater geographical spread at the regional level, especially in Saudi Arabia.

Can you elaborate on the plans for the hotel and the mall?

We intend to establish a Four Seasons hotel inside Madinaty within three years. We are now finalising the project’s designs.

As for the mall, it will be on an area of 400,000 sqm. The building itself will be 100,000 sqm. The designs for the project have already been completed and the majority of the construction and establishment is finished. The mall will be opened in 2018.

Have the legal procedures for the hospital been finalised yet?

We are in the process of obtaining the licences for the hospital in Madinaty. Construction will begin as soon as the necessary approvals are obtained this year. The designs are ready for implementation.

The company also aims to increase the number of schools in Madinaty from the three current schools to 18 schools.

When will the Four Seasons Sharm El-Sheikh hotel expansion be completed?

The expansion is expected to be completed so the hotel can open in 2019. The total cost of this project is $400m.

The expansion includes adding 99 rooms and suites to the hotel, along with restaurants, a meeting venue, swimming pools, and other complementary services. This comes in addition to an added golf course and villas.

How are sales of Madinaty housing units going?

TMG has sold 41% of the housing units in Madinaty. We have also fully completed the infrastructure. The fourth phase of the project is expected to begin in the coming year.

The company is now working to complete construction of the third phase, which includes 22,440 apartments and 1,027 villas. We are almost finished constructing and selling the units in the second phase.

We began the project, which consists of six phases, in the second half of 2006. Each phase includes areas and groups. The entire project is expected to be completed within 10-15 years.

How is the tourism crisis affecting the company’s revenues?

The number of tourists coming to Egypt has dropped since 2011; the sector as a whole has been suffering particularly following the crash of the Russian aeroplane over Sinai in October, after which Russia halted its flights to Egypt and Britain banned flights to and from Sharm El-Sheikh.

This had repercussions on revenues of the Four Seasons Sharm El-Sheikh—occupancy and revenues fell. However, the group’s hotels in Cairo and Alexandria have been doing alright.

We were able to absorb the crisis. Revenues of the hotel sector have been consistent. Our geographical spread was the key reason for that.

TMG’s hotels in Cairo, Alexandria, and Sharm El-Sheikh recorded an income of EGP 350m over the first six months of 2016, compared to EGP 360m in the same period last year.

Net cash flow across the company’s sector at the end of the first half of 2016 registered EGP 1.5bn, after deducting the debt of EGP 3.5bn, which represents a 1:8 ratio of shareholders rights. This strongly emphasises the stability of the company’s financial performance.

Were TMG’s revenues impacted by the depreciation of the Egyptian pound?

Income at TMG was not negatively affected by the changing US dollar exchange rate across our sectors. We have enough dollar resources. However, it did have an impact on the revaluation of standing dollar debts amounting to $190m. On the other hand, it had a positive impact on the real estate sector. The rising dollar price stimulated demand on real estate, as it is a safe haven for investment.

The state is currently working on the New Administrative Capital project. Is TMG involved in its implementation?

The Arab Company for Projects and Urban Development, one of TMG’s subsidiaries, is taking part in the New Administrative Capital project by implementing a number of housing units.

The company is constructing 69 buildings in the residential side, R3, in the capital. Buildings will include 2,096 units, which are expected to be delivered within two years.

What is the situation regarding the delivery of the in-kind portion of Madinaty to the New Urban Communities Authority (NUCA)?

The company is committed to a contract with the New Urban Communities Authority, according to the project’s completion rates. The minimum value of the in-kind share due to NUCA from the project is EGP 9.98bn.

The company delivered 10,366 units of the in-kind quota. Those units are of a total built up area of 1.17m sqm.

The state’s share in Madinaty, according to the contract, is 7% of residential units, which is equivalent to 3.195m sqm of buildings.

What are your plans to expand overseas in the coming period?

TMG aims to diversify its projects’ portfolio by operating in Saudi Arabia. The company has been seeking potential cooperation with the Saudi government to establish projects similar to Rehab in the kingdom, especially as the Saudi market is very promising in terms of demand on units and real estate products.

We are currently in discussions with the Saudi ministry of housing’s committee about available lands for that project. These discussions are expected to reach a final decision at the end of this year.

During King Salman bin Abdulaziz Al-Saud’s visit to Egypt in April, the company signed a preliminary agreement with the Saudi Ministry of Housing to study integrated residential projects on offered lands in the kingdom.

The group plans to finalise the framework of cooperation between the Egyptian and Saudi sides towards the end of 2016. The project will begin next year.

The company will prepare the feasibility studies, according to the outcome of the committee’s decisions, and then set a goal corresponding with TMG’s vision.

TMG had exited the Saudi market in March 2013 after selling its stake in Thabat Real Estate Development Company.

What is your evaluation of the demand for real estate in the Egyptian market?

The real estate sector in Egypt is a safe place for investment. There are no fears of a real estate crisis, in light of the rising demand on units, especially after the depreciation of the national currency.

Speculation in the sector is very limited and poses no threat. The Egyptian market still sees huge demand.

There are procedures that limit speculations, such as an ownership transfer fee, which is 7%-10% of the unit value.

The demand is still more than the supply. The Egyptian market’s needs stand at 500,000 units per year, while only 250,000 are available. This shortage accumulates up to 1.5m-2m units over time, which leads to rising demand.

This demand is caused by real need. It is driven by 500,000-700,000 new marriages per year, as well as society’s demographics, which show that 65% of the Egyptian demographic youth are under 30-years-old—meaning that the demand will continue.

How do you see competition in the market?

TMG specialises in middle-class projects. There are no competitors in that field of the same size. We are very optimistic about the future of real estate investment in the Egyptian market.

The company’s target consumers have actual needs for housing. They also have a purchase power that fits the products the company is offering in Rehab and Madinaty. This leads to strong demand and continuous growth.

What is the expected number of units that TMG will deliver this year?

TMG owns the largest land portfolio in Egypt (43m sqm, including Rehab and Madinaty) with a paid-up and issued capital of EGP 20.6bn, divided over 2.1bn shares. Each share has a nominal value of EGP 10, a book value of EGP 13.24, and is traded on the Egyptian Exchange at EGP 5.91.