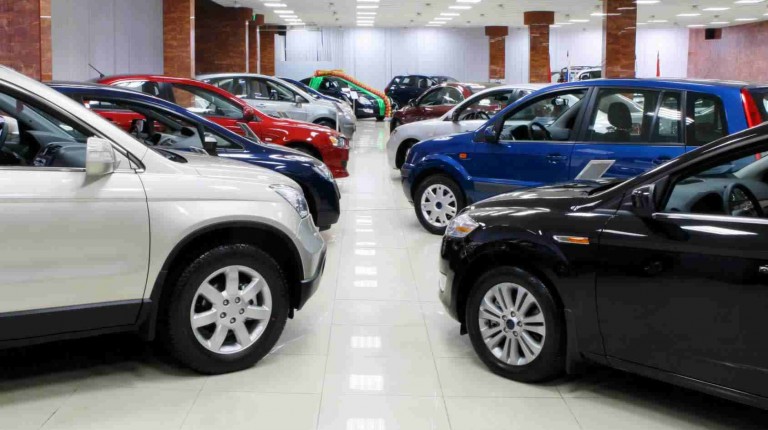 Amid a decline in the supply of cars in the automotive market, car dealers are concealing their inventories of new cars and therefore deliberately causing an increase in car prices. These price hikes range between EGP 3,000 and EGP 250,000—estimated at 20% ​​of the actual prices.

Auto traders have wondered if these companies were aiming to create this situation in order to increase their profits, or whether there is a real lack of supply due to the currency exchange rate crisis.

Daily News Egypt met with officials and experts to explore the phenomenon that has sparked controversy in the sector.

Chairperson of the Consumer Protection Agency Atef Amin Yacoub told Daily News Egypt that the agency received a large number of complaints accusing car dealers of misleading consumers by concealing their inventory of new cars so as to control prices.

The agency has referred the Abaza Auto company to the Egyptian Tax Authority over charges of tax evasion, he added. The company allegedly sold a car for EGP 160,000, though its real price was EGP 105,000. In the event that the Tax Authority proves this claim, the company will be referred to the public prosecutor directly, Yacoub said.

Yacoub asked a public bank to present a copy of the letter of credit model (4) which the company used to import the car, so as to reveal the official price of the car. This will allow the agency to know if this is a case of manipulation.

Yacoub said that the company defended itself by citing a mistake on the receipt written by the company. The agency will review model (4) of all auto companies that received complaints.

The agency has monitored similar cases conducted by a number of car dealers in April. These companies were referred to the Tax Authority over charges of evasion. They include Auto Samir, El-Masria Auto, B-Auto, National Motors, and Egypt for Engineering Industries.

Yacoub asked citizens to review purchase receipts and take care when dealing with exhibitions and companies that sell cars. They also should make sure that the written price on the receipt is accurate.

The new consumer protection law will oblige the car dealer to determine the price of the car at the time of reservation, rather than on the day of delivery, Yacoub said. This new law will impose harsh penalties against those who violate it.

Chairperson of Abaza Auto Mohamed Abaza denounced the accusations of manipulating customers, explaining that the complaint sent to the Consumer Protection Agency was regarding a mistake on the purchase receipt. Abaza Auto is committed to the official car prices, he added.

Regarding the tax evasion charges, Abaza said that the Consumer Protection Agency is not entitled to conduct investigations, but rather it receives complaints and refers these to the competent authority. He added that his company will wait until the Tax Authority finishes its investigation into the mater. 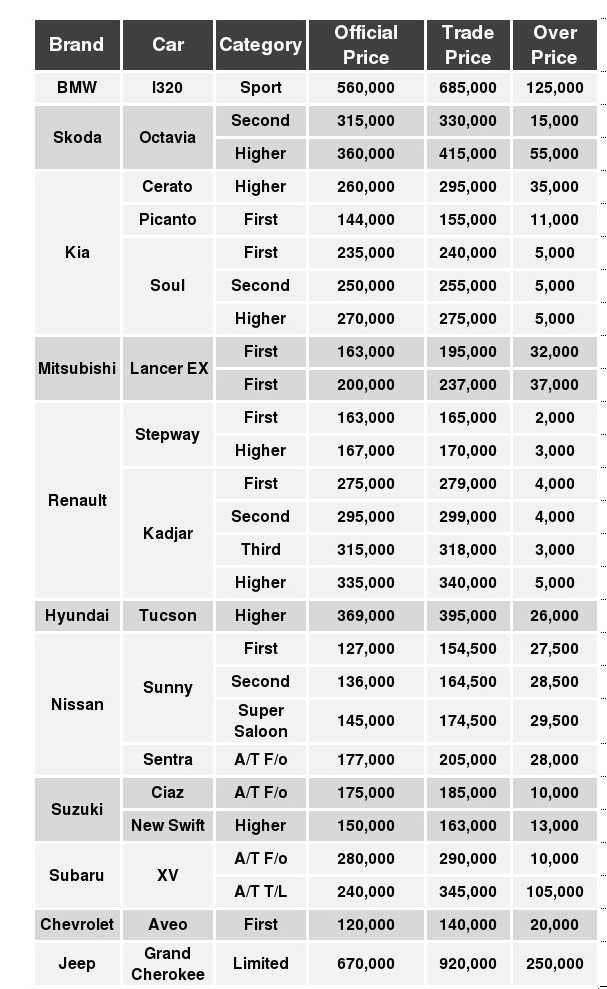 Daily News Egypt investigated the phenomenon of overpriced cars, as the majority of cars in the market are sold at a higher price than their official price in Egypt. Jeep Cherokee Limited is currently sold for EGP 920,000, while its official price is EGP 670,000.

Other car models also had their prices increased, such as the the Octavia which is sold for EGP 415,000 even though its official price is EGP 360,000.

Kia Picanto is launched through exhibitions with a price increase of EGP 11,000. It is considered the most actively traded car over the past few years; its formal price is EGP 144,000, however, it is sold at EGP 155,000.

Mitsubishi Lancer X is traded at a difference of EGP 38,000 for the new higher category which is supposed to be launched for EGP 200,000; however, exhibitions sell it for EGP 238,000.

Customer demand is higher than what is exhibited, expert in the local automotive sector and the Automotive Marketing Information Council (AMIC) Raafat Masrouga said. Half of all car traders tend to put large quantities of cars into storage in order to put a strain on the market, and thus control the prices. These dealers can overprice the cars and deliver them immediately, increasing their profits.

Although the traders were the ones who created this state of scarcity in the auto market, a number of agents have contributed to fuelling the issue in order to take a share of the profits. In the end, it is the consumer who unknowingly bears the difference in prices.

Contrary to this, Alaa El-Saba, chairperson of El-Saba Automotive company, said the high prices in the current period come as a result of low supply, higher foreign currency exchange rates, and the scarcity of foreign currency.

The auto-trade business, like any other commodity, is subject to supply and demand, he said. Traders have the right to keep the cars in their possession for a short period, and then offer them at an appropriate price as long as the consumer’s demand aligns with the lack of supply in the sector.

El-Saba expects further increases in car prices in the coming period, in light of the current economic conditions and the scarcity of the majority of car models.

He denounced the phenomenon of overpricing, which solely burdens the consumer. He added, however, that traders are resorting to this in order to preserve their capital and activity in the market.

Some have denied that there is an issue with overpricing in the market, such as chairperson of GB Auto Ahmed Magdy. He said that the majority of car prices in the market are determined by the agent, and overpricing is only applied to some unavailable models.

The local market has a severe shortage of the brands Jeep, Mercedes, BMW, and Lancer. Kia is available except for the Sportage model.

This overpricing phenomenon is due to the scarcity of some models, as many have not been imported or factories stopped producing them in August, such as Nissan. This is why traders have increased prices, according to Magdy.