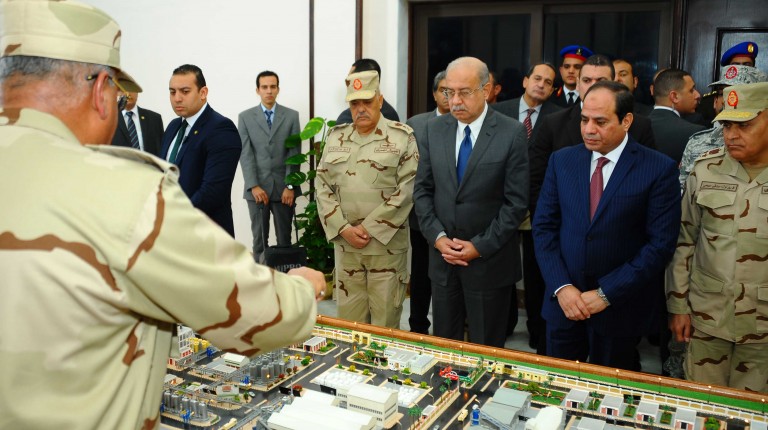 South Africa, Nigeria, and Egypt continue their competition for the status as the largest economy in Africa, with South Africa recently moving back to first place among the three, according to recalculated International Monetary Fund (IMF) data. South Africa had previously fallen to rank third after Egypt moved up to second according to the IMF’s World Economic Outlook report for April.

The US dollar value of South Africa’s GDP stands at $301bn, while Nigeria’s GDP stands at $296bn and Egypt’s at $270bn. The relative ranking between the three changes depending on exchange rate movements, and all three economies have seen their national currency depreciate against the dollar—by 50% for the South African rand, 61% for the Nigerian naira, and 25% for the Egyptian pound.

While the differences in exchange rate prove a pedantic exercise in comparison, the real difference came when Nigeria moved to include a large portion of its informal sector into the formal economy, including 13 new factories, which resulted in its rapid rise as the largest economy in Africa.

According to the Egyptian Centre for Economic Studies (ECES) the informal sector in Egypt is estimated to be 65-70% of the formal economy—accounting for EGP 1.2-1.7tn across 18m establishments and 40,000 factories, as well as an estimated EGP 300bn in lost tax revenues for the government.

Investment decisions, or policy, are not dictated by the top economy in Africa ranking—what matters to investors are the future economic prospects of each country, the potential for growth, and the GDP per capita increase indicating an increase in the standard of living.

South Africa has not yet recovered from the 2008 financial crisis. Its economic growth is expected to be less than population growth until the end of 2018, and its GDP per capita is expected to contract for the next two years. While South Africa is easily more developed with a more diversified economy, domestic issues threaten to deepen the country’s recession, and future growth is looking increasingly more unlikely—growth for 2016 is expected at just 0.6%.

Meanwhile Nigeria also faces future problems. It recorded its sixth straight month of contraction in the private business sector, and a budget deficit due to the fall in oil prices. Oil accounts for 70% of Nigerian government revenue and 95% of exports. Militants from the Niger Delta Avengers and Boko Haram have accounted for a 24% reduction in oil production due to sabotage, and 2.2 million people being internally displaced. The economy could shrink by 1.8% in 2016.

Despite soft business sentiment, foreign currency shortage, and a severe tourism contraction, Egypt is expected to see a 4.4% growth this year on the back of strong domestic demand according to the World Bank report “Global Economic Prospects” for June. Egypt also retained its position as the top destination for capital investment with $14.4bn recorded in 2015, followed by $8.6bm in Nigeria, and $4.7bn in South Africa. If the recovery in Egypt takes hold in 2017 as expected, it could lead to a shift in African economic leadership.