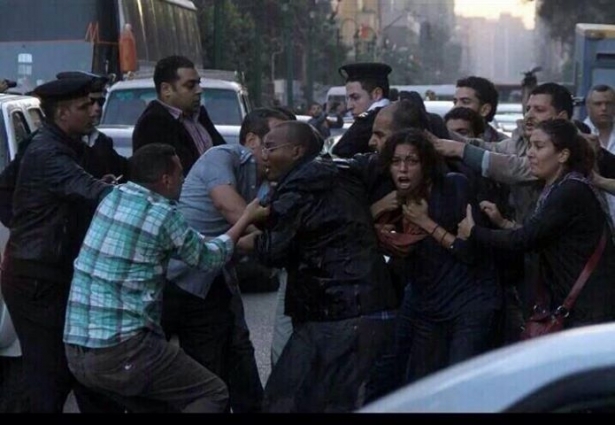 The  worsening condition of prisoner Ahmed Abdel Rahman—who was found to be involved in Al-Shura Council case but under false pretences—must be investigated, Al-Haqanya law centre said in a plea it submitted to the minister of interior and the general prosecutor.

The law centre demanded immediate medical treatment for Abdel Rahman, and that Tora prison’s Investigation Bureau head, Mohamed Ibrahim, be suspended from work until the end of the investigation.

The centre’s statement noted that the detainee started a hunger strike two days ago. However, the prison commissioner and the head of the Investigation Bureau refused to file an official report on the issue, but instead transferred Abdel Rahman to solitary confinement and ordered for him to be held there for one week.

While in solitary confinement, Ibrahim slapped Abdel Rahman and ordered two informers to beat him, according to the detainee’s testimonies to his lawyer.

The two informers psychologically tortured Abdel Rahman, and when he shouted for them to stop, they threw him on the ground and beat him with their shoes. According to the prisoner, they stopped only when he shouted for Ibrahim to rescue him—probably owing to his authority despite him being the one who slapped him initially.

Abdel Rahman began the hunger strike after the prison administration rejected his request for some of his belongings that were left in his previous prison cell to be delivered to him after he was transferred. This was compounded by the systematic abuse against him in prison, such as depriving him from his right to go to the clinic and the cafeteria, the law centre’s statement noted.

Abdel Rahman, 27, is Nubian and was working as a security officer in Rehab October City. He was arrested from Al-Shura Council on 26 November 2013.

He was on his way to work from Qasr Al-Eini Street, which happened to coincide with the dispersal of a rally by security forces in front of Al-Shura Council. He saw plainclothes security officers biting girls while dispersing the rally and when he interfered to stop them, he was arrested.

This case dates back to a peaceful demonstration in front of Al-Shura Council against the then draft constitution which permitted military trials for civilians.

In this case, there were originally around 25 defendants who had initially been sentenced in absentia to 15 years in prison in addition to an EGP 100,000 fine. Some of them received a presidential pardon in September 2015, but others are still serving in prison including Abdel Rahman and prominent activist Alaa Abdel Fattah, but only for five years after mitigation.

At the time of his arrest, Abdel Rahman was carrying his bag and the necessary tools for his workday: “soap, slippers, and a small fruit knife”. When asked during the investigation about the knife, he said he uses it for cutting his food at work, but this actually worsened his situation—he was accused of possessing a white weapon despite him not joining the rally.

Other people who were arrested from the rally were all released, except Abdel Rahman who was kept in pretrail detention for four months until his referral to court and five-year prison sentence.

The false imprisonment of Abdel Rahman triggered controversy among social media users who made several online campaigns to blog about him. A video published online on a social media platform shows Abdel Rahman peacefully interfering to save the women who were being attacked by security forces.

My release is a ‘conspiracy’: Alaa Abdel Fattah