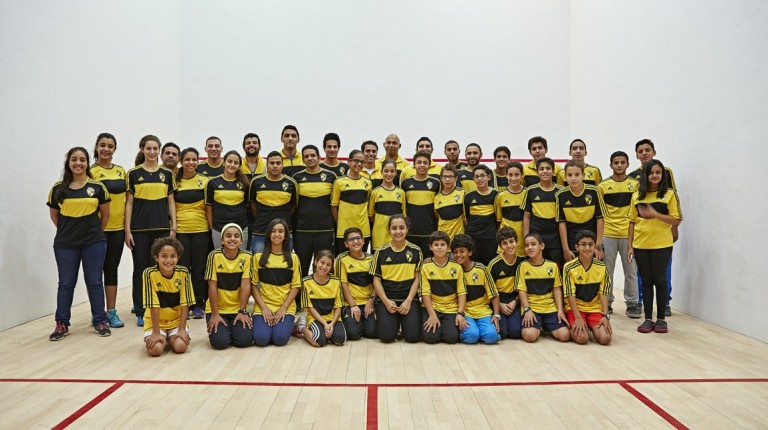 In February, Wadi Degla held a press conference, where all Egyptian newspapers were invited to attend. Important figures in the world of squash were present, including the president of the Egyptian Squash Association Assem Khalifa and the Minister of Youth Affairs and Sports Khaled Abdel Aziz.

To know more about both important events and the role in which Wadi Degla Clubs is playing, Daily News Egypt, which is the official media sponsor for both, had the pleasure to meet Karim Darwish.

About two years ago, Darwish became the sports director at Wadi Degla Clubs. He was the former world number one squash champion and maintained his position as the world’s number one for one year, and was ranked in the top 10 for a decade.

“I was ranked world’s number 12, and I reached number one while I was playing for Wadi Degla Clubs. For more than six years I was being sponsored by Wadi Degla Clubs and playing under its name,” commented Darwish.

By organising a championship, it means that Wadi Degla Clubs is responsible for the players’ accommodations, hotel reservations, tourist events, their movements, gala dinners, etc.

The achievements reside in that generally the federations are the entities responsible for organising world championships; however, Wadi Degla was the first Egyptian club to organise and host a world championship in all sports. The club will repeat this challenge for the second time in October 2016.

In 2014’s championship, the audience capacity was about 800 people. For both this year’s events, Wadi Degla Clubs is increasing the capacity to include more spectators.

To give the opportunity for as many spectators as possible to watch a world championship, entrance to the matches is free for Wadi Degla Clubs’ members. As for non-members, they will only have to pay the club’s normal ticket price.

In this regard, Wadi Degla’s Clubs Chief Operations Officer Nader Iskander told Daily News Egypt: “We want to give the chance for all Wadi Degla Clubs’ members to watch and be present at such important events.”

The Ministry of Sports and Youth Affairs is offering all facilitations and support, and the Ministry of Interior is responsible for guaranteeing tight security over the entire championship.

In addition to squash, Wadi Degla Clubs facilitates more than 20 sports across its five clubs in Egypt, with around 35,000 male and female athletes. “We aim for Wadi Degla to not only be one of the best sports clubs in Egypt, but also in the Middle East, in cooperation with the club’s Board of Directors,” said Darwish.

Wadi Degla Clubs has the best academies for major sports such as tennis, squash, and football; they are considered the best in Egypt. Wadi Degla’s soccer schools are powered by Arsenal. As for the Fins swimming academy, it includes 14,000 male and female swimmers, which is considered to be the highest number for a swim academy worldwide.

“I see that the core of the clubs is sports; this is why we do really care about developing sports,” concluded Darwish.