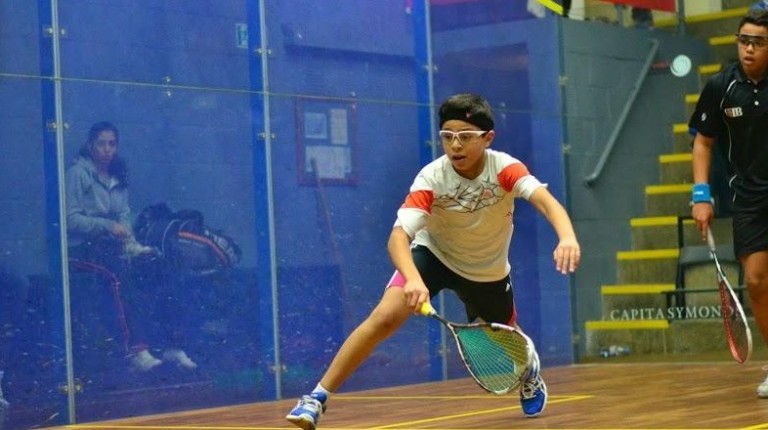 On this occasion, Daily News Egypt met Mostafa Assal, one of the players competing in the event, to learn more about his achievements. Did you practise any other sports before squash?

When I was four years old I started to play football at GSC. I stopped when I was nine years old.

How did you start squash?

While I was playing football, I went to watch a national squash championship final at Wadi Degla Club. I went with my uncle, Ibrahim Assal, who was a trainer for Youssef Ibrahim who was playing at that match. I loved the sport and wanted to practise it.

Was it an easy start?

At the beginning, I could not manage to play. Generally, people should start at six or seven years old, but I started at nine.

I started squash at my uncle’s squash academy in 6th of October City. Afterwards, I moved to GSC. At the time I was practising both squash and football.

When I reached the age of 10 and half, I decided it was time to concentrate on only one sport. My father encouraged me to continue to pursue squash, as its future is brighter than football in Egypt. I then joined the GSC junior squash team.

What was your best national rank?

Can you talk about your national achievements?

I finished fourth place in the boys under-17 division in the 2015 El-Zohour Club Tournament.

What are your international victories?

I finished fourth in the boys under-15 competition at the 2015 British Junior Open.