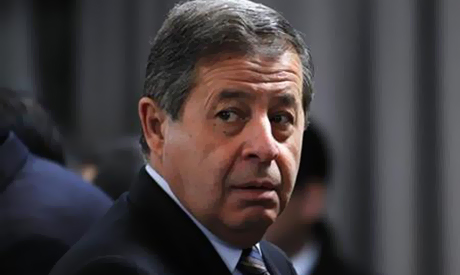 The Illicit Gains Authority is currently studying a number of memorandums to reconcile with former minister of trade and industry Rasheed Mohamed Rasheed, according to state-owned newspaper Al-Akhbar.

The memorandums were filed by ministers and former officials of the state, mainly active in the era of ousted president Hosni Mubarak, as the initiative is headed by Rasheed.

Rasheed said in his demand that he is willing to return EGP 500m, in exchange for the charges levelled against him to be dropped, in accordance to recent amendments in the Illicit Gains Law. His aim is to end judicial proceedings against him and to be able to return to Egypt immediately.

After Rasheed left office in 2011, he disclosed the ministry’s financials to the state, taking EGP 500m for his own profit. He transferred the amount from Cyprus to London with the help of his daughter.

In August 2014, Rasheed was sentenced to 15 years in prison in absentia as part of the illicit gains case against him and the significant increase of his wealth while being in office. He was also accused of deliberately concealing his shares in 14 companies, and illegally owning property and land in Alexandria, Marsa Matrouh, and Cairo.

Following the 25 January Revolution, many ministers were referred to court on charges of wasting public money and embezzling funds.

Earlier in August, the head of the Illicit Gains Authority, Adel El-Said, announced in a conference that the government completed a deal with the fugitive tycoon Hussein Salem, a former ally of Mubarak, to transfer 75% of his financial wealth to the state.

The implementation of the deal will allow Salem and his family to return to Egypt, after they had not been allowed to enter the country due to the charges against him. The state also unfroze Salem’s assets.

Recent amendments to the Illicit Gains Law allowed Mubarak-regime figures to cede their wealth to the state, in exchange for the dismissal of corruption charges against them.  Former ousted justice minister Ahmed Al-Zind has been campaigning for filing the reconciliation forms since October 2015, claiming it is the only way to retain Egypt’s embezzled funds from abroad.