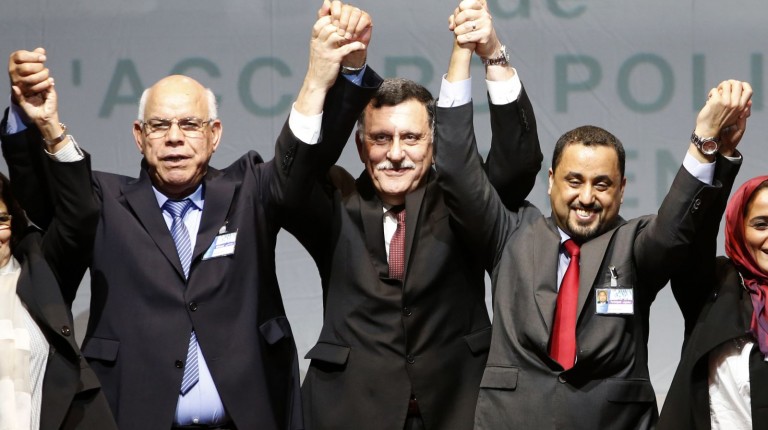 The Egyptian Ministry of Foreign Affairs said it welcomed the Libya Presidential Council’s proposal to appoint new ministers in the Government of National Accord (GNA). The proposal has been presented to the Libyan House of Representatives and is pending approval.

Ministry spokesperson Ahmed Abou Zaid said that the decision is an important step and that Egypt is looking forward to achieving more consistency between Libyan institutions, in order to empower the current government to practise its role in a democratic framework.

Meanwhile, head of the United Nations Support Mission in Libya (UNSMIL) Martin Kobler arrived in Cairo on Friday for a two-day visit. Kobler is expected to meet with a group of officials to review the latest developments in Libya, according to state-owned news agency MENA.

The parliament in Tobruk voted on Monday against giving confidence to the current GNA.

In December 2015, the GNA was formed in a political agreement sponsored by the United Nations in Skheirat, Morocco. The agreement stated forming a government of 32 ministries, aiming to form a united body against the emerging threat of Islamic State (IS) militants, especially in Sirte.

Egypt was involved in several meetings regarding the Libyan situation recently. It is one of the countries directly affected by the security turbulence in Libya due to its proximity and the prevalence of Egyptian workers in different Libyan cities. It has managed to return thousands of workers over the border of Salloum over the past year.

Twenty-three Egyptian workers were kidnapped and released in Libya earlier this month on their way back through the Salloum border. In February 2015, a video was released by IS militants, showing the beheading of 21 Egyptian workers.