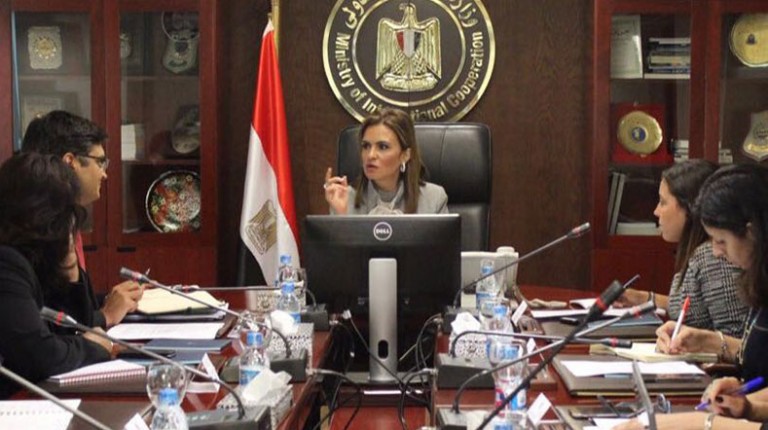 Minister of International Cooperation Sahar Nasr reached an agreement with the World Bank to increase the number of governorates included in the Natural Gas Supply Project to 20 instead of 11 through the inclusion of some of Upper Egypt governorates.

Nasr said that gas supply will reach 2.4m houses over the course of four years. She added that 1.1m of these houses will be located in 11 governorates—Giza, Ismailia, Alexandria, Matruh, Menoufiya, Qaliubiya, Daqahleya, Qena, Sohag, Gharbeya, and Aswan.

President Al-Sisi’s instructions are to increase the national components of the project, Nasr said. She added that this must work simultaneously with maintaining the quick pace of it its execution so as to increase the number of beneficiaries from houses and families in the governorates.

Also, Nasr said, they must guarantee the sustainable energy policy while linking the gas project with the social housing project.

The minister pointed out that it is important to finish the execution of the project in the allocated timeframe without needing to extend the closing date of the agreements.

This is to maintain the increasing potential for benefits from the foreign funds that are directed towards the project to be able to serve the citizens, especially the underprivileged, she added.

During this meeting held with the World Bank and representatives of Agence Française de Développement (AFD) and the European Union (EU), Nasr said it is important to support the solar power projects in light of the president’s request to have more diverse infrastructure for energy sources.

The World Bank in an earlier statement said that currently 75% of Egyptian households use liquefied petroleum gas cylinders instead of natural gas. By the end of this project, 8.2m households will be connected to the natural gas grid, according to an earlier report published by Daily News Egypt.

In November 2015, the EU granted Egypt a €68m loan for this natural gas supply project, which aimed to include 11 governorates. This grant was meant to help supply natural gas to low-income villages over a three year period; however, Nasr said back then: “I’m hoping to complete the natural gas connection within a two-year period.”

In 2014, the World Bank also provided Egypt with a loan worth $500m towards the same project, and AFD aided the project with €70m.