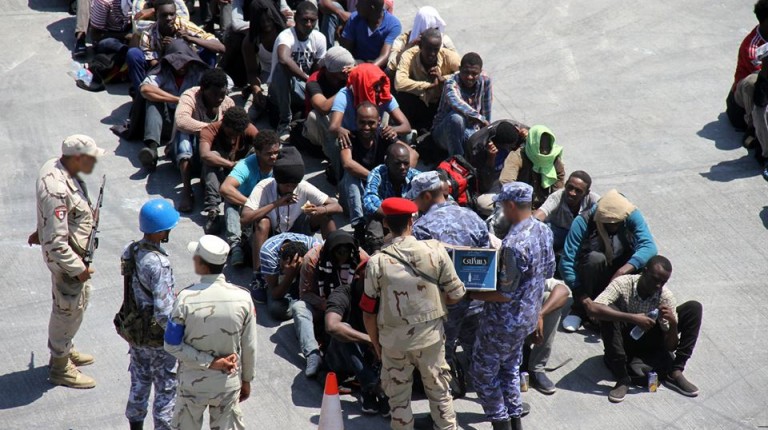 The Egyptian Armed Forces announced Saturday that the Air Force has destroyed five vans containing illegal goods after they had broken through Egypt’s western borders.

According to a statement from the army, the Egyptian Navy confiscated large amounts of hashish on a boat, allegedly of Turkish origins, north of Abu Qir. Onboard, three Syrians were arrested and handed over to the police, according to the statement.

The statement added that the forces foiled an illegal migration operation at North Rashid, where 189 people from different nationalities were arrested.

US navy commander in Egypt to meet senior officials