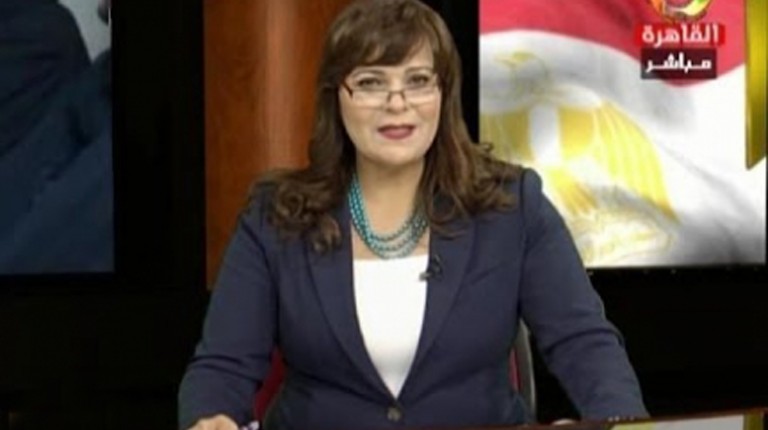 El-Hennawy told Daily News Egypt that she was informed about her referral by media reports, as she had not received an official notice from the prosecution.

She depicted the situation of her suspension this time around as worse than the previous suspension orders she had received during the eras of former presidents Hosni Mubarak and Mohamed Morsi. She clarified that this time she was not allowed to enter Maspero or receive her delayed salary, or the salaries of the months during which she had been suspended, despite this being constitutionally guaranteed.

El-Hennawy complained in an official report to the Administrative Court about the Egyptian Radio and Television Union (ERTU). This report has been referred to the State Council, but the first trial has yet to be determined.

She explained that during her previous suspensions in Mubarak and Morsi’s eras, she still received half of her salary.

El-Hennawy’s last investigation session in the Administrative Prosecution was held on 28 July, and was attended by one of her nine appointed lawyers. However, no information was provided on when the investigation results will be announced.

She further suggested that the referral is a response to the report she filed against the ERTU administration. El-Hennawy claimed that the referral is backed by the chairperson of the ERTU’s former Board of Trustees, Essam Al-Amir, who had formed a committee to investigate her following her suspension. She said that Al-Amir had sent a private letter to the prosecution insisting that serious action be taken against her.

The referral decision came after the director of the TV show underwent investigations over the past three months, regarding accusations of criticising Al-Sisi’s presidential performance during an episode with journalist Osama Shehata.

The TV anchor is facing accusations of “lacking neutrality” and “distorting the presidential image in front of the general public”, as well as not following the episode’s script.

Shehata was hosted to discuss normal daily news, and at the end of the episode, El-Hennawy directed a message to Al-Sisi, in which she criticised his overall performance in regards to improving and developing the country since he took office.

The TV presenter was previously suspended during the rule of Al-Sisi. In November 2015, she had criticised the official response to the flooding in Alexandria, and returned to work a month later.

Moreover, on the fifth anniversary of the 25 January Revolution, El-Hennawy was barred from presenting her weekly Sunday episode. According to her, the state TV decided to broadcast special coverage of National Police Day, rather than of the revolution.

During Morsi’s era, El-Hennawy faced suspension for refusing to spread false propaganda about the regime.

She had previously told Daily News Egypt: “Press freedom in Egypt is very poor.  Any newspaper that publishes critical content about the state’s performance or decisions is immediately [prohibited or censored].”