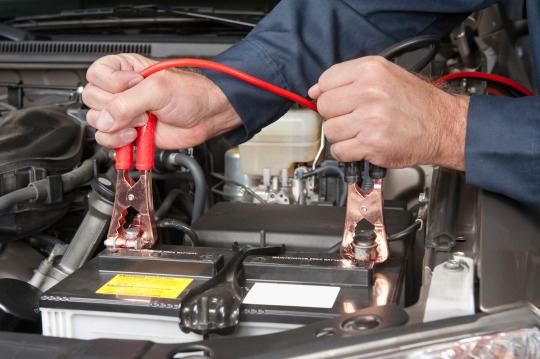 Car battery prices have increased by 20-30% over the last three months according to the brand and the country of origin, as costs have been affected by the increase in the US dollar exchange rate, according to Salem Gondia, owner of Rahma for Batteries Trading. Moreover, the price of lead, which is used in the manufacture of local brands, has increased.

Local brands were among the most in demand batteries, owing to their competitive prices, followed by Saudi, Korean, and German brands.

Gondia attributed the increase in the price of imported brands to the change in the US dollar exchange rate; moreover, the price of lead used in manufacturing the local brands increased, registering EGP 30 per kilogram compared to EGP 15 per kilogram three months earlier.

He said that the most popular battery brands in Egypt are Korean, German, Saudi, and Egyptian brands, noting that a majority of the imported brands come with the name or the brand of the importer, not the name of the battery in its country of origin.

Gondia also said that the price of Korean batteries increased by 20% in the past three months, raising the wholesale price of the “Ns 40” battery to EGP 390 compared to EGP 325.

Gondia said that these prices differ from one place to another by EGP 15-30, according to the place the product is sold in.

Hegazy also said that the prices of locally manufactured batteries increased by 30% during the same period, with the “Ns 40” registering a wholesale price of EGP 335 compared to EGP 260.

Hegazy said that imported batteries are dry, while locally manufactured batteries come in both dry and wet.

He noted that damage in wet batteries occurs quickly, not because their quality is low, but because the high temperature of the engines in some cars, such as Nubira, Opel, Lanos, Lada, and Mercedes, which results in fast evaporation of the water in the batteries.

As for the rest of the cars, both dry and wet batteries work well.