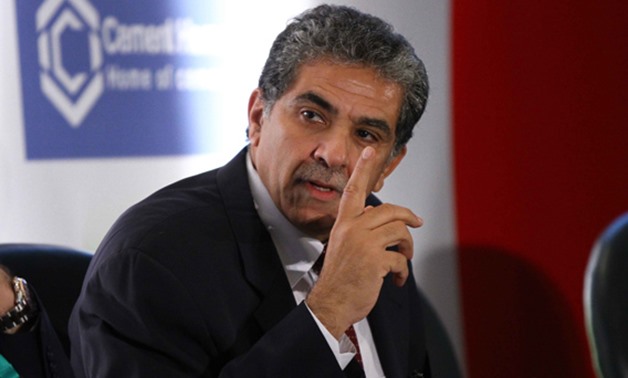 Minister of Environment Khaled Fahmy met with Jonathan Pershing, the US deputy director for the office of energy policy, in Cairo on Tuesday to discuss preparations for the upcoming 22nd Conference of the Parties (COP22).

Pershing is currently leading a US delegation for a short visit to Cairo, during which they also met with President Abdel Fattah Al-Sisi.

During the meeting, Fahmy and Pershing discussed climate change issues and Egypt’s role in preparing for Africa’s negotiations, according to an official statement by the ministry.

Pershing expressed the US’s interest in collaborating with Egypt to advance its air quality. Fahmy said that funding the Africa Renewable Energy Initiative (AREI) is the top priority for African countries.

“The next COP22 talks are crucial as they will decide the funding issue for developing countries in Africa to mitigate and adapt to climate change,” Fahmy said. “This requires a shared responsibility from all countries.”

Highlighting a stance that sees climate change effects for Africa as asymmetrical to the developed north, Egypt advocates for the necessity of capacity building and technology transfer.

Egypt has been pushing for the implementation of the AREI since the COP21 in Paris, believing it will have a considerable impact on the reduction of greenhouse gas emissions on the continent. The AREI will, however, require huge funding in order to be activated.

In December 2015, United Nations member states signed an agreement that pledged to keep temperature rise well below 2C by the year 2100. The year 2015, the warmest year in history, witnessed a 1.8C increase in the Earth’s temperature.

Many countries still need further legislative measures and parliamentary votes to formally ratify the Paris agreement, including China—one of the largest contributors to global greenhouse gas emissions. China began to review the agreement on Monday ahead of its formal ratification.

The COP22, which will be held in Marrakesh, Morocco in mid-November, will discuss potential ways of enforcing the Paris agreement among other items.