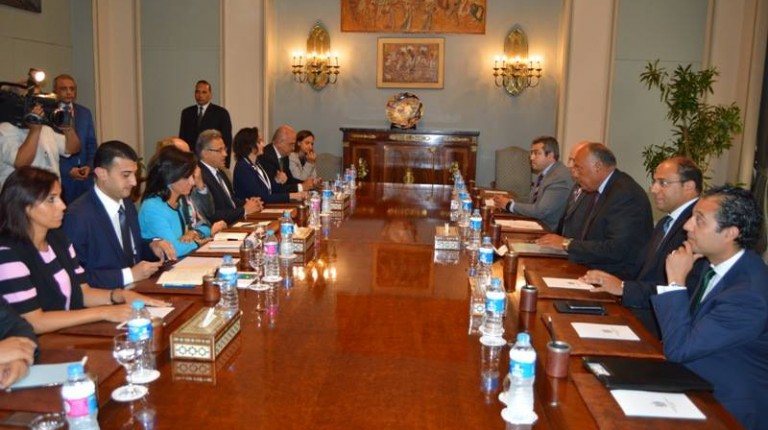 Minister of Foreign Affairs Sameh Shoukry met with members of the Egyptian-British Parliamentary Friendship on Sunday.

During the meeting, they discussed the diplomatic relations between Egypt and the UK. Shoukry reviewed the importance of those relations and their significance for both countries, in light of the UK’s role in the international relations arena and in the Middle East in particular, ministry spokesperson Ahmed Abou Zaid said.

The members of the bilateral parliamentary group expressed their desire to support Egyptian-British relations. The Egyptian side said that they are willing to visit London soon, in order to meet with British parliamentarians and review the political and economic situation in Egypt, as well as challenges related to counter-terrorism.

This comes after relations between the UK and Egypt had become tense.

The UK halted its flights to and from Egypt in the wake of the Russian aeroplane crash in Sinai on 31 October 2015.