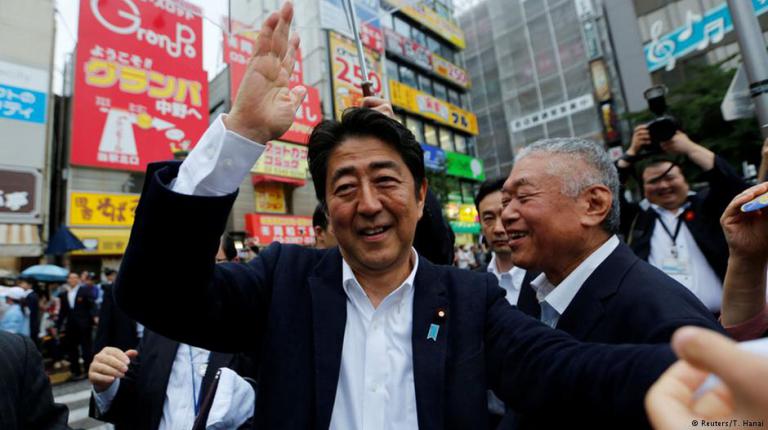 Today, representatives from Africa and Japan met in Nairobi, Kenya for the sixth Tokyo International Conference on African Development (TICAD VI) to discuss Japanese developmental assistance to the continent.

Former prime minister Ibrahim Mahlab is heading a delegation of the Egyptian General Authority for Investment and Free Zones. The delegation met with the Japanese Foreign Trade Organisation and a memorandum of understanding (MOU) was signed on increasing bilateral investment and communication between the two nations.

Ambassador Amgad Ghaffar, director of African organisations and communities at the Foreign Affairs Ministry, met with his counterparts from South Africa, Kenya, and Nigeria to discuss the stalled talks on the Continental Free Trade Area (CFTA). This was proposed by Kenyan president Uhuru Kenyatta during the African Union summit and is set to bring together 54 nations with a combined gross domestic product of $2.5tr.

“[Egypt, South Africa, Kenya, and Nigeria] represent the four economic blocs. Also, they are the most active countries in the discussions on the CFTA; hence, the importance of them spearheading the talks,” said Nelson Ndirangu, director of economic affairs at the Kenyan foreign ministry.

Since 2013, Egypt has been one of the biggest recipients of Japanese official development assistance (ODA) on the continent. Japan has been assisting Egypt in training, education, science, manufacturing, infrastructure, and cultural initiatives like the Grand Egyptian Museum.

“Japan was the biggest contributor to development in the world and initiated TICAD at a time where most nations were fed up with development in Africa,” he added.

Japan has contributed $43bn to Africa as TICAD is part of Japan’s main diplomatic initiative to provide developmental assistance in the form of high quality goods and services, training and education, and infrastructure development, as opposed to military assistance. “We cannot basically provide military aid as the United States does,” said Yamamoto.

Abe declared the previous conference, TICAD V, a success. With two years still to go, 67% of what was agreed on has already been accomplished, the prime minister stated.

He announced the new goals moving forward, such as $10bn over three years for infrastructure development, the ABE initiative through which more Africans will be trained as foremen in Japan, reaching 1,500 foremen and 30,000 workers trained in other related fields by 2018, as well as an additional 50,000 workers over the next three years, thus increasing productivity at select sites by at least 30%.

Abe also stated that he was committed to assisting Africa in obtaining a permanent membership on the United Nations Security Council.