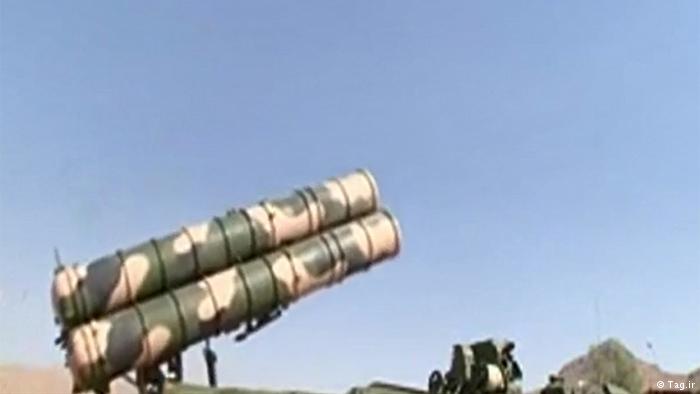 The Tehran government has placed Russian-supplied anti-aircraft missiles at the Fordo nuclear facility. The uranium enrichment plant was due to be scaled down under last year’s deal with world powers.
Iranian state television has confirmed the deployment Sunday, showing footage of an S-300 carrier truck at Fordo, raising its missile launchers towards the sky, alongside other weaponry.

The Fars news agency said the long-range surface-to-air S-300 missiles, which were ordered from Russia, were delivered by Iran’s Revolutionary Guards to the uranium enrichment facility, located south of the capital Tehran.

It said the missile systems, which are part of a 740-million-euro ($828 million) deal between Iran and Russia, would soon also be used to defend the country’s other nuclear facilities.

“Today, Iran’s sky is one of the most secure in the region,” he told state TV.

Hours earlier, Iran’s supreme leader Ayatollah Ali Khamenei gave a speech to air force commanders, where he claimed the US had tried to prevent Iran procuring the missile systems, despite the S-300 being a defense system and not an assault one.

“Continued opposition and hype on the S-300 or the Fordo site are examples of the viciousness of the enemy,” Khamenei said.

Russia and Iran initially signed the missile deal in 2007 but it was delayed because of United Nations sanctions against supplying weapons to the Islamic republic.

The deal was resurrected after the historic July 2015 agreement with world powers where Iran agreed to curb its controversial nuclear program. The West claimed Tehran was close to building a nuclear weapon.

Facility being wound down

The Fordo site, built into a mountain near the city of Qom, has stopped enriching uranium since the January implementation of a nuclear deal with world powers. Iran promised to redesign the reactor so it presents less of a proliferation threat.

Also Sunday, Iran said it had not yet charged a “spy” who was arrested on August 16, for alleged links to Britain’s intelligence services. The British-Iranian was also involved in last year’s nuclear negotiations with world powers.

Iranian media has reported that Abdolrasoul Dorri Esfahani, a senior accountant involved in banking-related aspects of the nuclear talks, was detained for espionage.