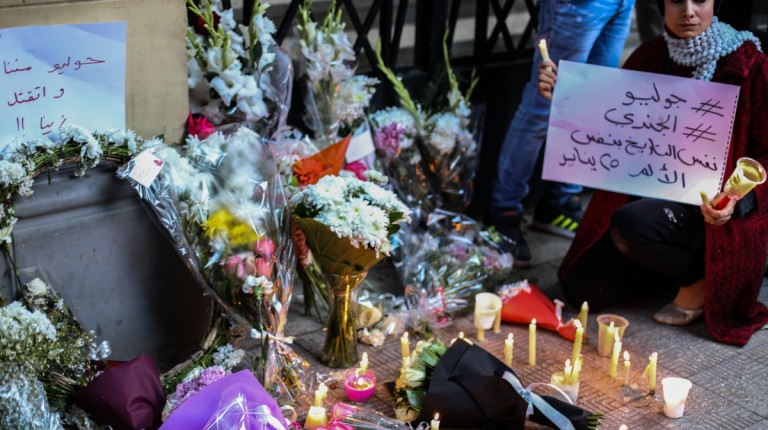 Egyptian and Italian prosecutors are set to meet in Italy on 8 and 9 September to resume their collaboration in investigations into the death of Italian PhD candidate Giulio Regeni, according to Italian News Agency ANSA.

Citing Italian officials, ANSA reported that the meeting will be held upon the request of the Rome prosecutor’s office. Egypt’s general prosecutor Nabil Sadek will participate in the meetings along with Italian prosecutor Giuseppe Pignatone.

Regeni was a visiting Cambridge scholar at the American University in Cairo (AUC) when he disappeared on the fifth anniversary of the 25 January Revolution. His body was found on 3 February on a desert road showing signs of physical torture.

This arranged meeting will be the third one between Egyptian and Italian prosecutors after the first that was held on 14 March in Cairo and the second held on 7 April in Italy. The meetings stopped after Egypt failed to provide fruitful findings from its investigations and offered Italy several explanations for Regeni’s death, but the Italians did not find these convincing enough to drop the matter.

Earlier this month, an Italian MP ruled out the possibility of the Egyptian government involvement’s in Regeni’s death. Conversely, several rights organisations accused the National Security apparatus of torturing and killing him, accusations which Egypt has continued to deny.

Tensions between Egypt and Italy are heightened following the death of Regeni. In June, Italy decided to cut military aid to Egypt, and recalled its ambassador to Rome shortly after Regeni’s death.

Italy, the sick man of Europe?