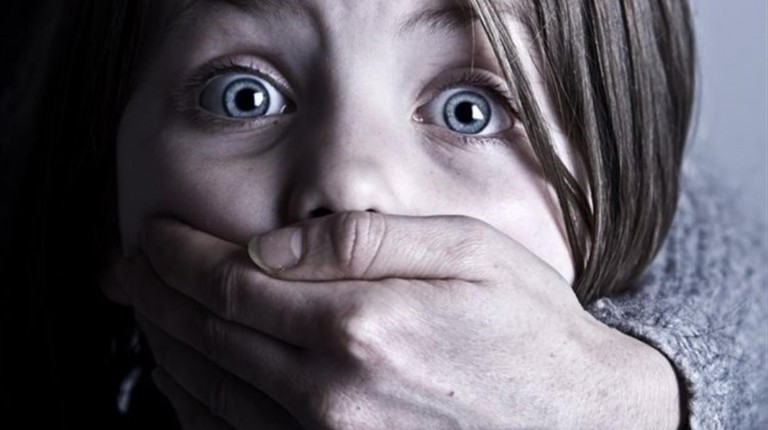 On a very normal day, one out of the millions who take the metro on a daily basis was heading home at noon and witnessed a life changing incident. While taking the overly-crowded, hot metro, a young girl fainted and fell on the floor of the metro car.

“A man, worryingly with obvious fear, started screaming ‘My daughter! My daughter, what happened to you?’,” a girl stated in a Facebook post. “After taking her out of the metro, the man strangely insisted on taking her home, despite the continuous requests of the station’s police officer to wait until she regained her consciousness.” While people were trying to help the girl, the man was telling them that she’s only exhausted, and that he will make sure to get her home safely.

After the girl was treated by a medical team, she started opening her eyes amongst cheers from the surrounding crowd. While an elderly woman was telling her that she has to thank God for giving her such a loving father that was so worried about her, the girl—who had regained her consciousnesss—made a plot-twisting statement, that shocked the crowd: “Who is that man? He is not my father!”

Facing the questioning eyes of the crowd, the man kept silent and started sweating. After the officer requested the girl and the alleged father’s IDs, he found that their names did not match, and it was confirmed that the man was not her father.

The girl iterated that the only thing she knows about that man was that “he was standing in front of her in the metro”. According to the girl who wrote the post, the man was arrested for trying to kidnap the girl and is suspected to be a frequent female kidnapper. “If it hadn’t been for God’s mercy, this girl could have been kidnapped in front of dozens of people without any of us doing anything,” the narrator of the story said in her Facebook post.

This and many similar stories have recently gone viral on social media, causing fear and worry in people’s heart.

For the past couple of months, almost no week passed without social media users reading a story about girls being kidnapped. Stories range from a girl surviving a kidnapping attempt in broad daylight to a girl going missing for days after going to work or school, and never returning.

Many of those stories, in which girls are saved by fate, have a recurring theme: a woman wearing a niqab gets close to them asking for something, before they smell a weird fragrance, and “things start to get blurry”.

While those widely spread stories mainly end the same way—namely in the girl losing consciousness after smelling a weird odor—the build-up as to how those girls are led into smelling the substance differs.

Katy Ramy, a Facebook user, shared an incident she witnessed while she was waiting for her usual public transportation. “I saw a girl standing alone when two women in their mid-twenties, who were well-dressed and good-looking, came asking her to take a picture of them,” she wrote. “Once the girl took the camera from them and got it closer to her face, she fainted,” Ramy continues.

All of a sudden, the two girls started claiming that this girl was their friend and that they were going to take her home. A woman who happened to witness the whole scene, along with Ramy, started screaming, saying that she knew that those women were not friends with the girl. “Once that woman got close to the girl and held the camera that was in her hands, she fainted as well,” Ramy explained, asserting that this was how people knew that the two women wanted to kidnap the girl.

Despite the posts’ popularity, the power of social media failed to solve the issue or escalate it sufficiently in order for the Ministry of Interior to look into it.

Theories differ about the reasons behind the phenomenon of kidnapping girls. Some claim that an international human organ trade organisation is the mastermind behind the occurrences; however, there are no official allegations. Another theory claims that the kidnapped girls are trafficked and forced into marrying old, rich Arab men.

Until now, the social media uproar is only taking place in the virtual world. No official statement from the Ministry of Interior was given regarding the issue, despite the fact that it has been in the spotlight for a few weeks. Also, there are no official statistics or studies conducted by any organisation regarding the kidnapping cases.

While women are currently stating that they live in constant fear while walking down the street, they wonder if this will be one of the many problems for which solutions will be found with the power of social media, hoping that this pressure would lead the Ministry of Interior to start in-depth investigations into the issue.