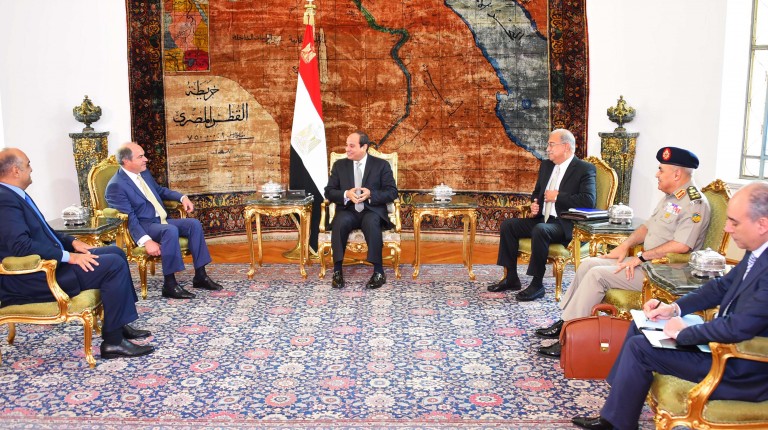 Presidency spokesperson Alaa Youssef said in a press statement that the meeting tackled the ongoing situation in the Arab region, as well as solutions to the political turmoil, in order to preserve the sovereignty of these countries and to encourage refugees to return to their countries.

The two parties also agreed on the importance of developing the Arab League as an important pillar that contributes to the aspired development in the Arab region. Youssef said that Al-Sisi welcomed Al-Mulki’s visit to Egypt as it reflects the strong ties between Egypt and Jordan. Both parties stressed that the bilateral relations are thriving and praised the countries’ efforts to foster the ties and the fields of cooperation.

The statement concluded by saying that the meeting’s results should have practical repercussion that will allow a transition to positive cooperation between the two countries.

Several agreements of bilateral cooperation were signed during the meeting as well.

The meeting came in light of the Egyptian-Jordanian joint supreme committee that is being held for the 26th time, headed by the prime ministers of the two countries.