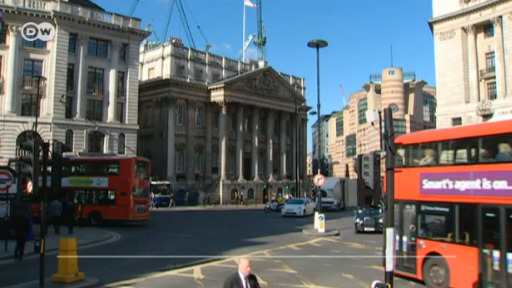 A centuries-old rivalry over English cream teas has been left hanging because of doubts over EU protected food status. British food campaigners have called on the British government to find a solution.
Producers of many of the UK’s traditional foods, including pork pies, Scotch Whiskey and clotted cream, are anxious following the June 23 referendum where the British public voted to leave the EU. They believe the decision threatens the protected status of some of the country’s most prized delicacies.

Among them are dairy farmers in the southwestern English counties of Devon and Cornwall who both produce clotted cream – the extraordinary thick cream used to make traditional afternoon cream teas.

Fierce local rivalries have existed for generations over the origins of the production process to make the cream, which is also used to make uniquely-tasting ice cream and fudge.

Is it cream or jam first?

Recently, farmers in Devon attempted to go one stage further, and applied to have the entire cream tea meal – the scone, jam and cream – designated a protected food for their county.

The two counties can’t even agree on the best way to serve the dish. Devon-based producers insist the cream must be added to the scone before the jam, while Cornish foodies argue the opposite.

Frustratingly for Devon, the UK referendum result has left its application for protected status hanging in the air.

“I really don’t know how Brexit will affect our plans,” Paul Winterton, managing director of the Devon-based Langage Farms told DW. “We really need clarity from the UK government,” he said, adding that he’d already spent almost four years on the application.

Winterton insists that Devonshire cream teas are “the global brand leader,” and hopes protected status could be granted before Britain leaves the EU, a process widely expected to begin in 2018.

Alternatively, Devon could be among the first to be covered under a new UK protection scheme.

The environment ministry has hinted that a new British law may be introduced, which would ensure that makers of Cumberland sausages, Stilton cheese and Cornish clotted cream, among others, would retain their special standing, allowing other food names to join.

“We need to replace the scheme with a new UK protected status, and then ensure that it is recognized in agreements we make with the rest of Europe,” Francis Clarke, managing director of Cornwall’s Trewithen Dairy told DW.

He backed up comments from the UK Protected Food Names Association, which said the future reciprocal protection of EU and UK products was critical.

Cornish clotted cream, which must be produced within the county, is responsible for a quarter of Trewithen’s revenues, and Clarke credits EU protected status for giving the product “added credibility.”

Some industry leaders are wary that protected status could be removed from UK foods altogether, following promises made in the lead up to Britain’s referendum, when the ‘Leave’ campaign vowed to rid the UK of excessive red tape from Brussels.

Clarke said the British government neglected traditional food brands in the free trade agreement between the EU and Canada, known as CETA, which is currently being finalized.

“While the protected names of European food producers were included in the agreement, the British government failed to put forward any of our protected names,” he told DW.

“Both Melton Mowbray Pork Pies and Stilton Cheese each bring about 60 million pounds a year to our small borough,” said Matthew O’ Calloghan, chairman of the UK Protected Food Names Association, based in the English county of Leicestershire.

O’ Calloghan pointed to a rise in food tourism for regions that produce traditional delicacies, adding that Britain has 19 other products waiting to achieve EU protected status, including Evesham Asparagus, Dundee cake and Welsh Lava Bread.

Even if the economic argument isn’t sufficient to warrant a new UK law to protect long-established British food, Winterton believes the UK government still has a duty to protect producers and the public from cheap knock-offs.

“At one cafe I visited, I was served a Devonshire cream tea with a canned, spray cream, which gave a completely false impression of what the dish should be,” Winterton said. “It’s totally wrong.”