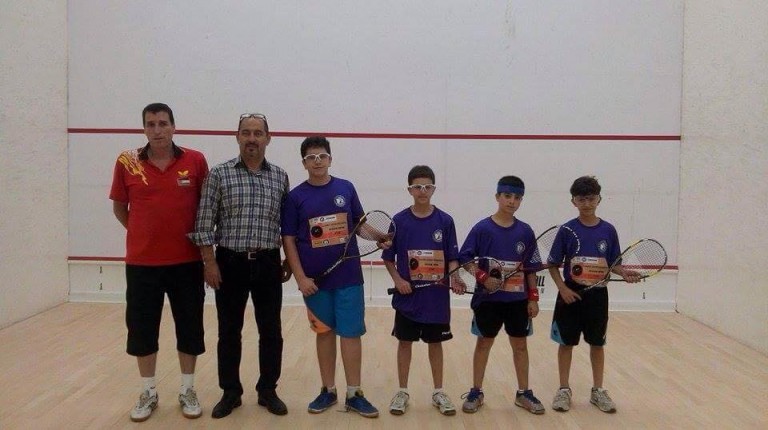 The tournament started on 26 August, where the matches took place in two locations, Al-Gezira Youth Centre and Gezira Sporting Club (GSC). The final matches were celebrated at the centre in the glass court.

This is the second consecutive year for this tournament to be celebrated under the organisation of the Arab Squash Federation.

In this year’s tournament, 316 players from all over the world participated, including Iraq, Saudi Arabia, Palestine, Greece, the US, the UK, Switzerland, and France.

Daily News Egypt spoke to Mohamed Abbas, technical squash director at GSC and former squash champion, who served as the tournament’s director. Abbas commented that this tournament is a very fruitful step for the Arab Squash Federation.

Before celebrating the tournament, Egypt had not hosted an international squash junior championship, as such an event usually takes place abroad, such as in the German Squash Junior Open and the British Squash Junior Open.

Abbas added that it was agreed with the World Squash Federation (WSF) that Egypt will host this tournament for three years, so next year the tournament will once again be celebrated in the country.

This tournament is important as players participating should be registered at the WSF with a number, from which they acquire points according to their results. Thus, the tournament gives an opportunity for Egyptian junior players to acquire an international rank, allowing them to participate in international champions.

The presence of the Palestinian national junior squash team for the first time in an international squash tournament was the highlight of the tournament.

He added: “For this tournament the Palestinian team was trained in Jordan, and this is the first time for our junior team to participate in an international tournament, where the number of participants doubled to six players.  Of course we are working to increase this number.”

It is worth mentioning that the Palestinian Squash Federation was restructured only two and half years ago in the West Bank.