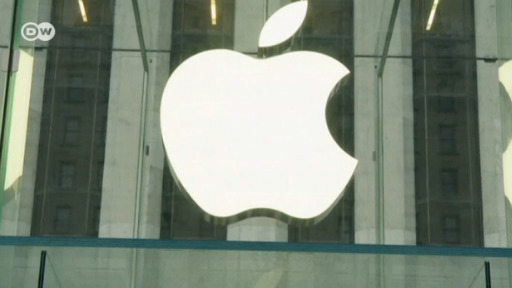 Ireland will fight an EU ruling that Apple must pay up to 13 billion euros in back taxes. At stake: A decades-old Irish low-tax policy that has attracted multinationals’ head offices at the expense of other EU countries.
A spokesman for the Irish government said Friday that Ireland’s Cabinet had decided to appeal the decision from Brussels to try to make Dublin reclaim a massive backlog of taxes from Apple, the US tech giant, adding that the next step would be to seek endorsement from parliament.

There had been disagreement among cabinet ministers over whether Dublin should defend its corporate tax policy, which has brought jobs to a country once racked by poverty, or whether it should seek to reclaim a sum of money that’s equivalent to around 5 percent of Ireland’s 2015 gross domestic product.

James Lawless, a member of the opposition Fianna Fail party, said it would be difficult to explain to voters why the government was doing everything it could to avoid taking such a huge amount of from Apple.

Many people, he said, wanted to see the money “gift-wrapped on their doorstep,” Lawless said. The 13 billion euros ($15 billion) the EU’s competition commissioner, Margrethe Vestager, demanded Dublin recoup from the iPhone maker is also comparable in size to Ireland’s entire annual healthcare budget.

The political situation in the Gaelic nation is made even more precarious by the fact that the Irish government is about to start putting together a budget in October that could see more belt-tightening due to economic fallout from Britain’s decision to leave the EU.

Still, many Irish politicians – including Lawless and others in the opposition – would like to see the country’s sovereign tax status upheld. Parliamentary support of the Cabinet’s decision is very likely.

Apple, for its part, has encouraged Dublin to oppose Brussels, saying not doing so would send the wrong message to businesses in a country whose economic model depends in significant part on multinationals being attracted to its favorable tax policies.

The United States government has also criticized Vestager, calling her evaluation of Ireland’s treatment of Apple unfounded. The US Treasury last week issued a white paper outlining all the times the European Commission had failed at proving EU member states had entered illegal tax arrangements with companies.

The debate in Brussels and Dublin – and Washington and Cupertino, where Apple is headquartered – revolves around so-called “transfer prices,” which is what the various national subsidiaries of multinational companies charge each other for goods, services, or even just the right to use trademarks.

Transfer pricing is used – critics say, abused – to shift around profits until they end up in the jurisdiction with the lowest corporate taxes, which is why some enormously rich and profitable corporations, including Apple, barely pay any taxes.

Despite politicians’ vowing to crack down on unfair tax avoidance every time there’s another tax-evasion scandal such as the recent Panama Papers revelations, such tax dodges remain legal under European law. Member states are allowed to establish their own sovereign tax policies.

However, the EU Commission can step in if it sees a government providing advantages to one company, but not others. Such actions fall under the jurisdiction of Vestager, the competition commissioner and the EU’s antitrust chief.