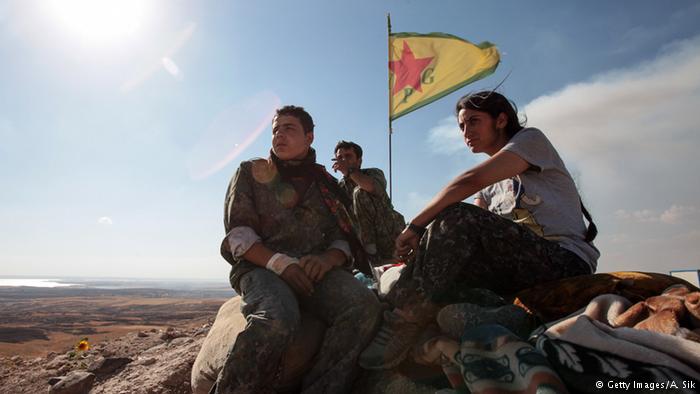 Turkish troops have reportedly killed a teenager and injured dozens of protesters after firing into Syrian Kurdistan. The people gathered were demonstrating against the building of a border wall on their land.
The Syrian Observatory for Human Rights and Kurdish officials report that Turkish forces opened fire and lobbed tear gas across the border to break up a protest in Kobani against a new wall, killing a 17-year-old and wounding up to 80 people. Several protesters suffered breathing difficulties from the tear gas.

“A child was killed, and more than 80 civilians were wounded in the shooting,” Anwar Muslim, an official in Kobani, told the German news agency DPA on Friday. “They were unarmed civilians who were protesting after they saw that the Turkish army had moved 25 meters (82.5 feet) into their land,” he added. “We have no problem with them building a cement wall inside their land. But they are breaching our sovereignty.”

Military sources told news agencies that they had taken defensive measures after some protesters threw rocks at construction workers, and denied having killed anyone. There was no immediate comment from officials in Ankara.

Construction on the wall began in 2014, but the protests against it have intensified over the past week.

Turkey, a member of the US-led anti-IS coalition, launched its first offensive in Syria last week, targeting “Islamic State” and the Kurdish Democratic Union Party, which officials say allies with Kurdish dissidents who have battled the government for decades in Turkey’s disputed southeast. The United States has criticized Turkey for launching attacks on Kurds in Iraq, as well.

On Friday, Turkish President Recep Tayyip Erdogan denied claims by US officials that Kurdish forces in northern Syria had pulled back. “They tell us that YPG (People’s Protection Units) have crossed east of the Euphrates,” Erdogan said as he prepared to depart for this weekend’s G20 meeting in China. “And we say: No they did not.”

Kobani attracted attention in January 2015 as the site of the first significant victory over the “Islamic State” (IS), when Kurdish forces, backed by US-led airpower, recaptured the city.

Russia and Turkey exchange accusations on interventions in Syria

Russia will not stop its operations in Syria before it defeats the terrorists: Russian Foreign Minister