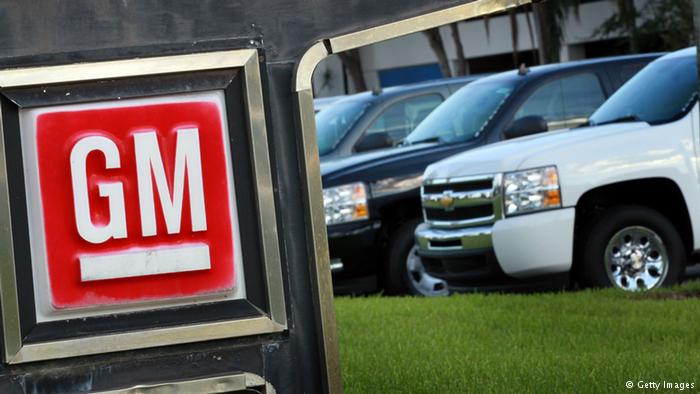 The US automobile sector is struggling to maintain sales momentum, with most major car manufacturers reporting that they sold fewer vehicles in August, as reduced discounting kept customers from showrooms.
The biggest US automaker, General Motors (GM) reported an eight percent sales decline compared to August, 2015, while the world’s number one, Toyota, said its US sales had declined by 5 percent in the month. Ford suffered the same drop compared with August last year.

Toyota’s US chief Bill Fay said the industry “took a bit of a step back in August.” But the company attributed that in part to a lack of a Labor Day weekend this August – which falls in September this year – when discount promotions usually boost sales numbers.

Across the industry, consultant Autodata said deliveries were down 0.6 percent from July and off 4.1 percent from August 2015. The seasonally adjusted annual sales pace was 17 million units, also below last year’s pace at this time.

Despite lower unit sales, carmakers said what customers were paying for new vehicles, known as the average transaction price or ATP, had increased.

The average vehicle price had already gone up 2.5 percent in July, compared to the year-ago period, to $34,264, according to industry figures. Kurt McNeil, head of US sales for GM, noted that his company was outperforming competitors in this.

“Our retail strength is reflected in our record ATPs in August, which were up more than $1,600 from last month and nearly $5,800 above the industry average while our incentive spending was below the industry average and well below our domestic competitors,” he said in a statement.

However, KBB analyst Tim Fleming warned last month that such price increases could drive customers to used cars, “which could mark a big departure from the new-car sales growth the industry has seen during the past five years.”

Americans’ appetite for light trucks remained strong thanks to low gas prices, helping some companies maintain at least some sales momentum. In addition to Jeep, sales of Honda’s CR-V sports utility vehicle were up five percent from a year ago, and Toyota’s light truck sales rose 1.6 percent.

But there are indications that the breaks are being applied to the industry’s sales boom, which has been fueled by low interest rates and an improving job market.

Nissan reported a 6.5 percent sales drop for August compared to the year-ago period – a departure from high sales numbers in previous months. Honda said overall sales were down 3.8 percent.

Germany’s Volkswagen continued a US sales freefall – the result of its diesel emissions-cheating scandal. August sales were down 9.1 percent, after falling 8.1 percent in July. Year to date, its sales are down 13 percent compared to 2015.

“It’s too close to call whether 2016 will surpass 2015’s record-setting sales,” senior analyst Michelle Krebs of Autotrader told the news agency AFP. “It depends what happens in these last months of the year and what automakers do to spur sales in the way of incentives and promotions.”

In total, the industry delivered 17.5 million cars and trucks last year. Even if that proves hard to beat, Krebs predicted that the industry would still sell about 17 million vehicles a year for two more years.