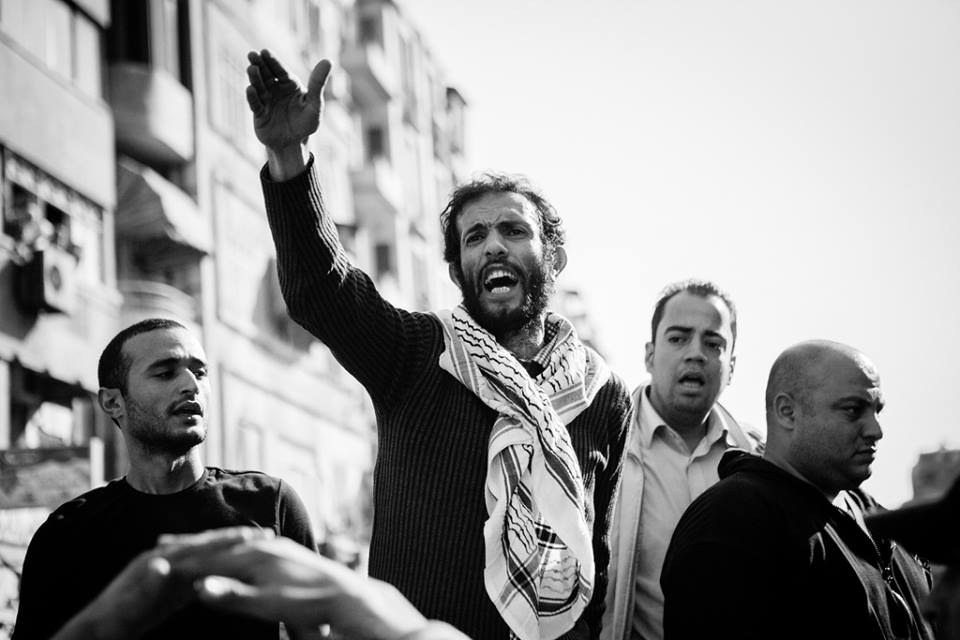 Following this order against Al-Saqa, lawyer Khaled Ali said that the prosecution has referred the journalist’s case to National Security as it is dedicated to following up on all cases of Rea Sea island detainees.

Al-Saqa, fellow journalist Amr Badr, and human rights lawyer Malek Adly were arrested after a month-long campaign against the maritime demarcation deal signed between Egypt and Saudi Arabia in April. This deal has since been annulled by court order; it would have seen the sovereignty of Tiran and Sanafir islands in the Red Sea transferred to Saudi Arabia.

Adly and Badr, who were released last week, attended Al-Saqa’s session on Saturday with head of the Press Syndicate’s Freedom Committee and lawyer Tarek Al-Awady.

Badr was arrested with Al-Saqa on 1 May after police forces stormed the Press Syndicate to detain them on charges of inciting protests and attempting to overthrow the regime. Adly was arrested on 5 May.

Security forces claimed that both journalists took shelter in the syndicate headquarters despite an arrest warrant issued by the prosecution.

Al-Saqa, Adly, and Badr were held in solitary confinement. They were among the activists who called for protests against the Red Sea islands deal.

On Thursday, Adly and Badr attended a meeting arranged by the Freedoms Committee in the syndicate headquarters to discuss the conditions of detained journalists in prison and also narrate their experiences in solitary confinement.

Both activists demanded a medical release for Al-Saqa who is in poor health.

The islands transfer to Saudi Arabia proved to be hugely controversial among intellectuals, public figures, social media users and activists, as well as both anti-government and pro-government citizens.

Several protests were organised across the nation by people from various social classes calling on the state to abolish the agreement saying that “the regime sold our land” and “the islands are Egyptian”.

The protests were followed by numerous arrests of people demonstrating as well as arbitrary arrests of bystanders on the street and in coffee shops.

“We will not ally with the Brotherhood or the Army”: The Way of the Revolution Front