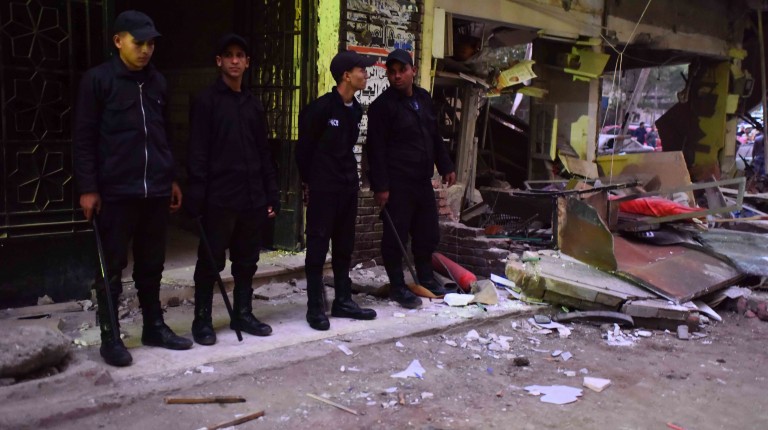 Three police officers were injured early on Sunday while attempting to dismantle a bomb in Damietta. Those injured included a civil protection colonel, a conscript, and a non-commissioned police officer.

Families notified the security forces about the presence of a suspicious item on the road between the Police Officers Club and the Administrative Control Authority building in Damietta.

One of the police officer securing the district told high-ranking police officers in Damietta that he saw two men, aged between 23 and 25, plant the bomb, adding that they were riding a motorcycle.

The police officer said that both identified suspects opened fire and ran away after throwing a bag full of batteries on the road.

The injured police officers were transferred to the Damietta General Hospital for medical treatment. So far, no militant group has claimed responsibility for the attack.

In recent years, bombings have become a frequent occurrence across Egypt. Since the beginning of 2016, attacks started to decrease in the Delta governorates, and started becoming more frequent in North Sinai.

Kerdasa explosion not a terrorist operation