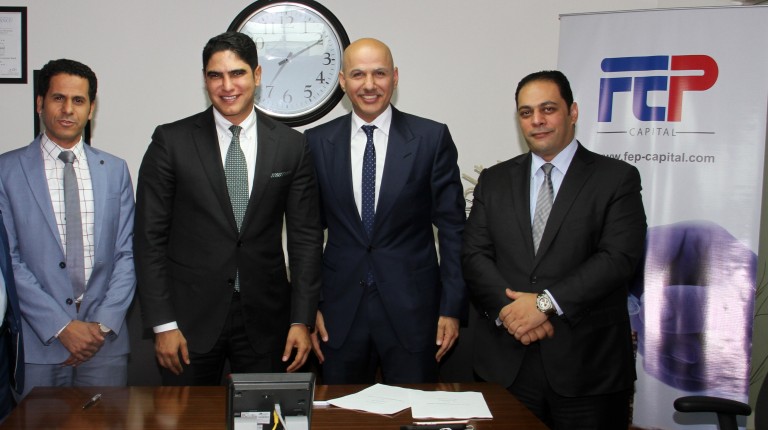 Egyptian Media Group signed a deal with FEP Capital to act as the exclusive stock advisor to the recently formed group. The agreement was signed at the headquarters of FEP Capital, with the attendance of the group’s chairperson Ahmed Abou Hashima, chairperson of FEP Capital Abdullah Shahin, and managing director Omar Maghawri.

“Being one of the most powerful investment bankers in the Egyptian market currently, the choice of FEP capital was based on its firm position and our confidence in their expertise. The Egyptian Media Group aims to become regionally and internationally stronger,” said Abou Hashima.

“The agreement includes a financial restructuring process of Egyptian Media Group and all its affiliates to integrate activities in different companies and financial savings, in preparation for the Egyptian Exchange,” said Maghawri.

He added that there is a plan for the group’s financial future that will include setting up and rehabilitating any new expansions through the injection of funds, or acquisition of other entities, in addition to examining all market and competitive opportunities that would complement the group’s activities.

Maghawri said that Egypt Media Group looks to increase its paid-up capital from EGP 882m to EGP 1bn by the end of 2016—within the limits of the issued capital and with a total authorised capital of EGP10bn.

Egyptian Media Group purchased OnTV channels from the Egyptian business tycoon Naguib Sawiris, and owns 50% in shares of the Egypt for Cinema Company, owned by businessman Kamel Abu Ali; and 51% of Presentation Group, which specialises in advertising; and the live broadcast copyrights of football matches.