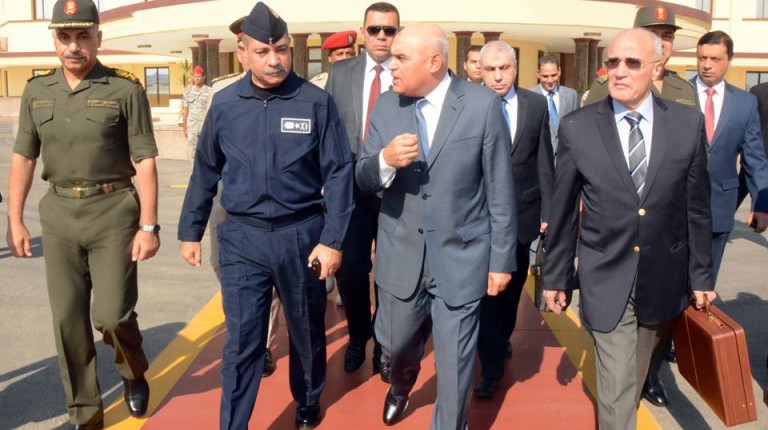 A high-ranking Egyptian military delegation, including Minister of Defence Sedki Sobhi and Minister of Military Production Mohamed Al-Assar, headed to Russia on Sunday for meetings and discussions on bilateral military cooperation between the two countries.

The visit is scheduled to last for several days and will tackle the strategic cooperation between Egypt and Russia. This will be the third meeting held by the Egyptian-Russian military committee. The first took place in February when a Russian military delegation visited Cairo, and the second meeting was in Russia headed by Al-Assar.

During the previous visits, the two countries signed several agreements for the renovation of military production factories in Egypt. They also agreed on the construction of a joint industrial zone in Suez, along with other agreements in the fields of construction materials and pharmaceuticals.

In light of the military cooperation between Russia and Egypt, Russian airborne forces units will participate in joint Egyptian-Russian drills to combat terrorism. These drills are expected to be held in October.

Egyptian-Russian relations have been tense following the Russian Metrojet incident in October 2015, which killed all 224 passengers and crew on board. The incident led to the suspension of direct flights between the two countries.